THE LEGEND RETURNS – TARZAN Animation movie is now AVAILABLE ON DIGITAL DOWNLOAD BLU-RAY 3D/2D AND DVD. We are giving away 5 merchandise packs which include Tarzan branded t-shirts, rucksacks and a water filterer. 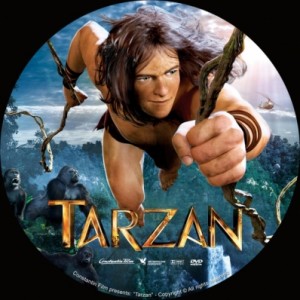 The king of the jungle is brought back to life as the epic, fun-filled jungle adventure TARZAN arrives on digital download, Blu-ray 3D/2D and DVD from 25th August 2014, courtesy of Entertainment One.

Writer and director Reinhard Klooss revives the story of TARZAN usinginnovative special effects and 3D technology to awaken the jungle, with an impressive voice cast including: Kellan Lutz (The Twilight Saga Franchise, The Legend of Hercules) as brave and strong Tarzan; Spencer Locke (Monster House, Cougar Town) as love interest Jane Porter; Jaime Ray Newman (Catch Me If You Can, Made of Honor) as Tarzan’s mother Alice Greystoke; and Robert Capron (Diary of a Wimpy Kid, Frankenweenie) as John Jr. Greystoke.

John Jr. Greystoke was just a child when he accompanied his adventurous parents to Africa in search of a mineral that could revolutionise the energy industry. The trip ended in tragedy when their helicopter crashed in the heart of the dark and dangerous jungle, leaving John Jr. as the sole survivor. Found and raised from that day forward by a family of primates, John is renamed Tarzan and thrives in his beautiful new surroundings. Years later, the grown up Tarzan falls for pretty conservationist Jane Porter following a chance meeting. However their romance is threatened by the evil CEO of Greystoke Energies, who is in search of a new energy source, and won’t let anyone stand in his way.

To win these amazing prizes, please tell us the name of your favourite CGI movie of all times. Use the competition form below this post. Deadline to enter is 25th September 2014.

This entry was posted on Saturday, September 13th, 2014 at 3:37 pm and is filed under Competitions. You can follow any responses to this entry through the RSS 2.0 feed. Both comments and pings are currently closed.