If you have boys you know exactly that they cannot resist Transformers… I know it far too well and I am pleased to run this competition to win 1 of 3 Transformers merchandising bundles including Transformer: Robots in Disguise toys by Hasbro & TRANSFORMERS: ROBOTS IN DISGUISE – RUMBLE IN THE JUNGLE DVDs (Cert PG) which was released on 23rd May. 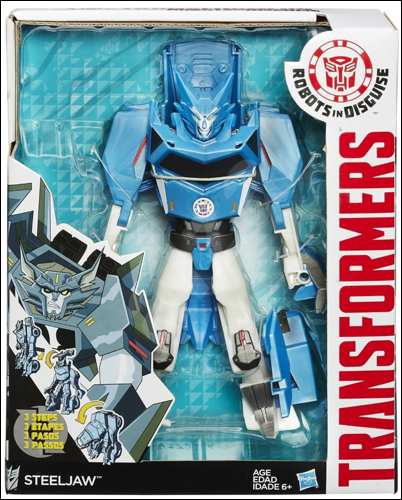 Kids can enjoy six new episodes from the out of this world first installment of Robots in Disguise: A New Mission. When we return to Earth, Bumblebee and the Autobots are still rounding up the escaped Decepticons, but not all of them will come quietly.

The team comes face to face with a wild Decepticon, Grimlock, who is on the rampage and out of control; however that is not their only problem to overcome this time round! The rivalry is brewing between Denny and Fixit, but Bumblebee takes the most hits as he is exposed to toxins that make him hyperactive and is being tracked down by a pair of bounty hunters determined to ensnare him once and for all. 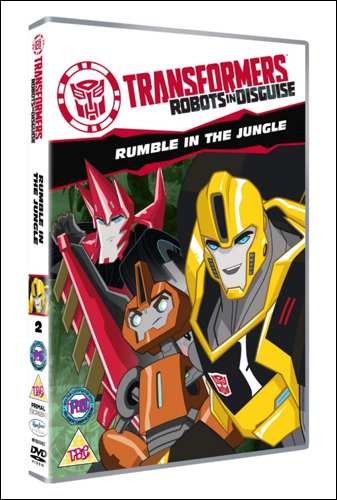 The team also has their work cut out with a Decepticon fugitive trying to attack the Bot’s most precious commodity. When it seems their adventure cannot get any worse, Optimus learns of a threat made against Earth and Cybertron! It seems there is evil on the horizon, but can the Autobots stop it in time? Earth and Cybertron are doomed if Optimus cannot prepare himself to make the right move.

For your chance to win one of these bundles, write the name of name of toy manufacturer that makes Transformers in the competition form below this post. Deadline to enter is midnight on 24 June 2016.

This entry was posted on Friday, May 27th, 2016 at 11:10 am and is filed under Competitions. You can follow any responses to this entry through the RSS 2.0 feed. Both comments and pings are currently closed.