Win 1 of 3 pairs of tickets to the World Premiere of The Rewrite starring Hugh Grant!

To celebrate the forthcoming release of Hugh Grant’s new rom-com The Rewrite, in cinemas 8th October 2014, London Mums is giving three readers  the chance to win tickets to the World Premiere of the film in London, Tuesday 7th October 2014. 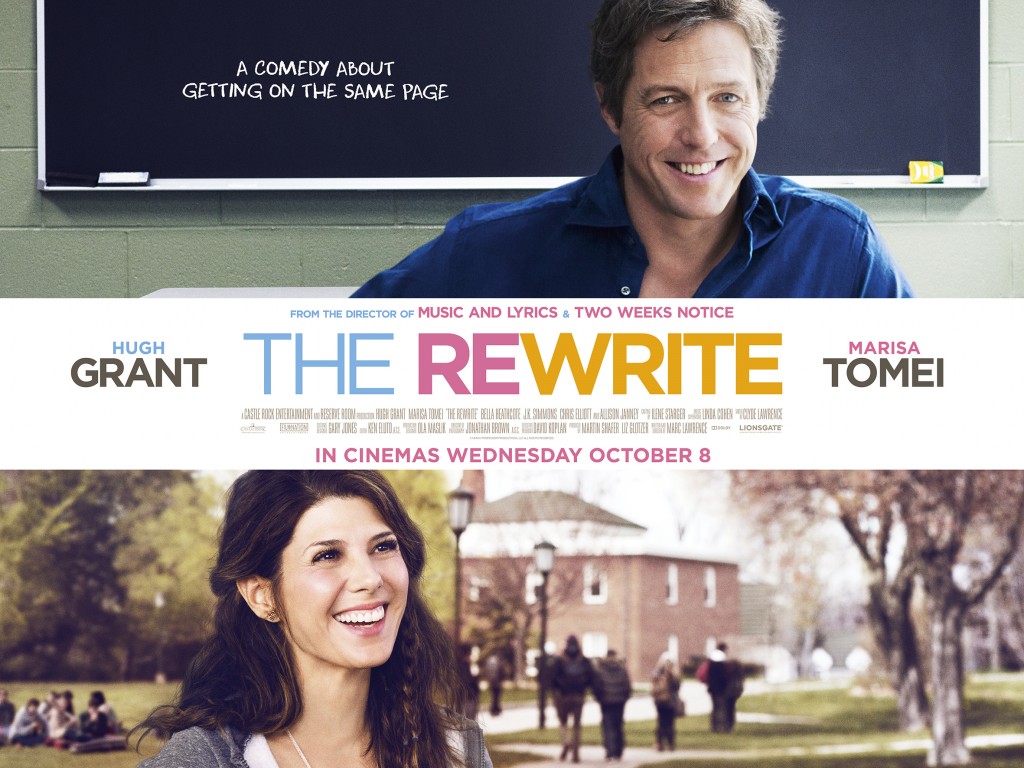 THE REWRITE is released in UK cinemas on the 8TH October 2014.

Once upon a time, screenwriter Keith Michaels (Hugh Grant) was on top of the world – a Golden Globe Award and a hit movie to his name, a beautiful wife and a seemingly inexhaustible supply of wit and charm.  But that was fifteen years ago: now, he’s divorced, broke, approaching fifty and hasn’t written a hit film in years.  Luckily, his agent has a job for him – a university in the quiet town of Binghamton is looking for someone to teach a course in screenwriting, and with an empty wallet as his motivation, Keith can’t say no.  Hoping to give minimal attention to his duties and focus on writing a new script, his attitude slowly begins to turn when he meets Holly (Marisa Tomei). A single mum working two jobs to earn her degree, the pair find themselves connected by their mutual need for a second chance.

Written and directed by: Marc Lawrence

For your chance to win a pair of tickets to the World Premiere of The Rewrite on Tuesday 7th October 2014 at ODEON Kensington, all you need to do is answer the following question:

Which of the following rom-coms did The Rewrite Director Marc Lawrence & Hugh Grant previously work together on?

Deadline to enter is midday on 3rd October 2014. Please use the competition form below to write your response.

The Rewrite will be released in UK cinemas on 8th October 2014.

This entry was posted on Tuesday, September 30th, 2014 at 1:00 pm and is filed under Competitions. You can follow any responses to this entry through the RSS 2.0 feed. Both comments and pings are currently closed.