Win 1 of 3 merchandising packs Teenage Mutant Ninja Turtles: Out of the Shadows movie

A few years ago I did not even know who the Ninja Turtles were. But my adventure seeking 9 year old son loves these characters and I decided to watch the first film, mainly to find out what it was all about. Well, the funniest thing happened: I became a big fan of the Ninja Turtles. To celebrate the release of Teenage Mutant Ninja Turtles: Out of the Shadows –  in UK cinemas now – we are offering London Mums’ readers the chance to win 1 of 3 merchandise bundles. Each pack consists of: 1x Turtle shell backpack, 1x felt eye-mask, 1x boombox speaker and 1x beanie hat. The new film is great fun and filled with adventure, action and lots of humour. Take a look at Diego’s vlog review and answer the question to enter this amazing competition which will please all Ninja Turtles fans (big and small). 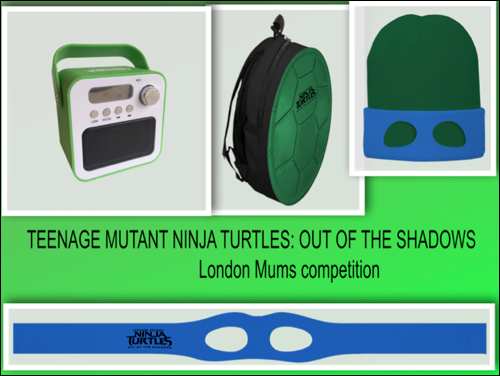 For your chance to win one of these amazing packs, watch the vlog below and write in the competition form (NOT the comments section) below this post the name of the Central London location where Diego is streaming from.  Deadline to enter is midnight on 2nd July 2016. 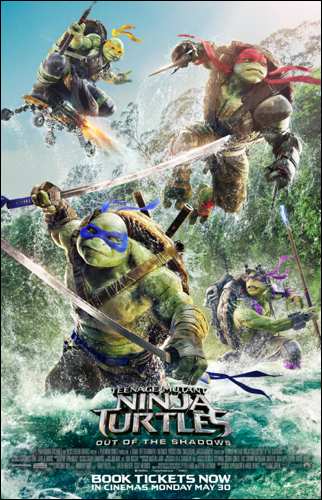 Michelangelo, Donatello, Leonardo, and Raphael return to cinemas this summer to battle bigger, badder villains, alongside April O’Neil (Megan Fox), Vern Fenwick (Will Arnett), and a newcomer: the hockey-masked vigilante Casey Jones (Stephen Amell). After supervillain Shredder escapes custody, he joins forces with mad scientist Baxter Stockman (Tyler Perry) and two dimwitted henchmen, Bebop (Gary Anthony Williams) and Rocksteady (WWE Superstar Stephen “Sheamus” Farrelly), to unleash a diabolical plan to take over the world. As the Turtles prepare to take on Shredder and his new crew, they find themselves facing an even greater evil with similar intentions: the notorious Krang.

The film has 12A rating but 9 year old Diego enjoyed the action packed adventure and the humour of the turtles despite some violence.

This entry was posted on Thursday, June 2nd, 2016 at 2:27 pm and is filed under Competitions. You can follow any responses to this entry through the RSS 2.0 feed. Both comments and pings are currently closed.