London Wasps are returning to Twickenham Stadium on 19 April 2014 where they will face Gloucester Rugby. Having attracted over 100,000 fans across two years in previous seasons, the Club are looking forward to bringing another bumper crowd to the home of English rugby on Easter Saturday. The Stinger promises to be much more than just a game of rugby with a packed day of entertainment planned. It will be a day designed to bring together all ages to mark the special event with a diverse range of entertainment on and off the pitch. 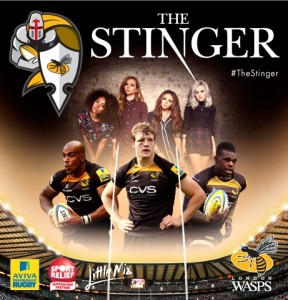 To win 2 pairs of tickets for The Stinger, please enter your answer in the box provided below. The question to answer is: ‘Why do you like Rugby? What’s your favourite team?’. The deadline to enter is 13th April 2014.

X-Factor winners Little Mix will be the headline act in the pre-match show! The girls will be performing a taster of their forthcoming arena tour which will start in May 2014. The 2011 X Factor winners will be taking to the pitch to perform at the Aviva Premiership showdown, which will see London Wasps face Gloucester Rugby on April 19th at the iconic home of English rugby. 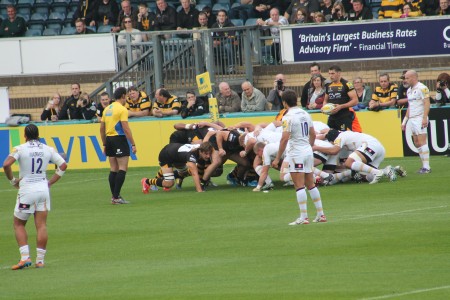 Little Mix have gone from strength to strength since being crowned X Factor champions with two Number 1 singles under the belt. But perhaps the moment the pop axis truly shifted was on June 5 2013 when the band’s album, DNA, became the highest debut ever for a British female group’s first album, entering at Number 4 and eclipsing a sixteen-year-old record previously held by the Spice Girls Spice album.

With Sport Relief on board as the charity partner there is a real excitement about the event with lots of initiatives driving awareness of the partnership while raising vital funds for the charity.

£1 from every ticket sold to The Stinger will go to Sport Relief and with tickets starting from only £10 this really is a day not to be missed.

Cannot wait to win?! You can buy tickets at www.ticketmaster.co.uk/wasps or for more information on the event please visit www.wasps.co.uk. 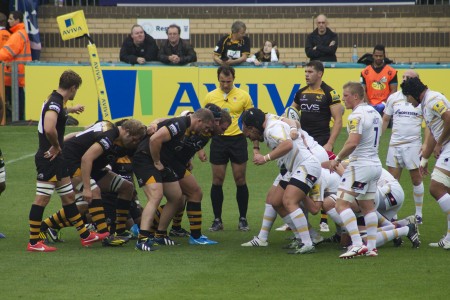 This entry was posted on Friday, April 4th, 2014 at 9:13 pm and is filed under Competitions. You can follow any responses to this entry through the RSS 2.0 feed. Both comments and pings are currently closed.