Win 1 of 2 My Little Pony: The Movie Prize Packages

To celebrate the forthcoming release of the magical My Little Pony: The Movie, in cinemas this October Half Term, we’re giving 2 readers the chance to win a My Little Pony merchandise pack! 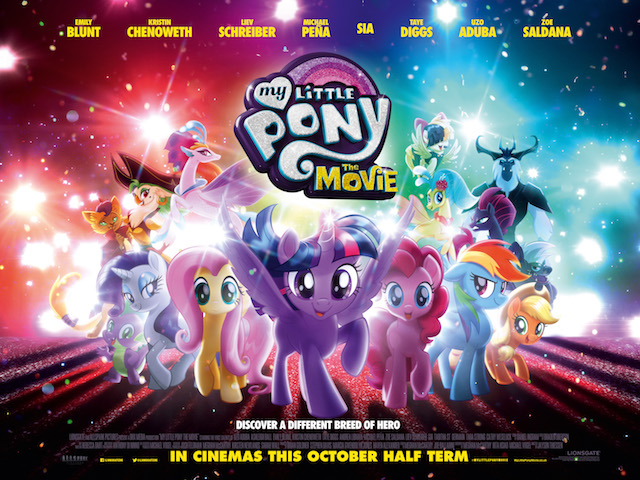 About My Little Pony: The Movie

My Little Pony: The Movie – Coming to cinemas this October Half Term!

A new dark force threatens Ponyville, and the Mane 6 – Twilight Sparkle, Applejack, Rainbow Dash, Pinkie Pie, Fluttershy, and Rarity – embark on an unforgettable journey beyond Equestria where they meet new friends and exciting challenges on a quest to use the magic of friendship to save their home.

Songbird Serenade (Sia) in MY LITTLE PONY: THE MOVIE. Image Courtesy of Lionsgate and Hasbro.

Answer the following question correctly for your chance to be entered into the prize draw to win sparkly prizes to celebrate the release of My Little Pony: The Movie.

Who voices Tempest Shadow in My Little Pony: The Movie?

My Little Pony: The Movie is released in UK cinemas this October Half Term

This entry was posted on Thursday, October 19th, 2017 at 11:07 am and is filed under Competitions. You can follow any responses to this entry through the RSS 2.0 feed. Both comments and pings are currently closed.