Trend Micro launches new competition for Safer Internet Day. Have you ever had a bad experience on the internet, or know someone who has? Or perhaps you have some tips for staying safe online that you would like to share? 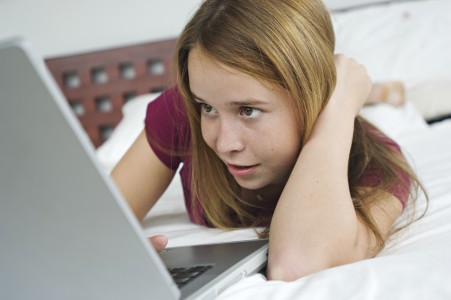 Launching on Safer Internet Day, 7th February 2012, the ‘What’s your Story?’ competition, organised by internet security expert Trend Micro in partnership with Get Safe Online, invites schools, families, and individuals aged 7+, to create and submit a short video, song, story, poem or drawing to share their advice to other young people about ‘How to be Web Safe’ – and offers £5,000 to the Grand Prize winner.

Now in its third year, the competition aims to help teachers, parents, and young people to become more aware of internet safety, in a fun and engaging way, whilst encouraging them to act safely and responsibly online. The internet is a powerful tool and using it is an important life skill.

“Following the success of last year’s global competition, we wanted to expand the ways in which young people in the UK could take part in the contest. There are now plenty of ways for them to express their creativity and show others how to best take responsibility for their actions online and raise awareness of the issues they may face. Keeping children safe online is paramount; from cyberbullying to viruses and the more publicised risks, it’s all about striking the right balance between allowing them to maintain a sense of independence and feeling able to ask for advice – and this competition allows them to do just that, while sharing their own experiences too.” said Rik Ferguson, Director Security Research & Communication EMEA at Trend Micro.

As part of the campaign, Trend Micro Internet Safety for Kids and Families has teamed up with some of the world’s leading organisations, to create a judging panel which includes: Get Safe Online, Childnet International, Yahoo! and Diana Award.

Research by Trend Micro reveals that:

• 12% of children accept any friend request they receive on Facebook

• Half of children also use the internet mostly on their own, unsupervised, and admit to not telling the truth about bad experiences online

The last day to submit video entries is 3 April 2012. To learn more about the competition and submit your entry, visit www.trendmicro.co.uk/whatsyourstory

Tags:  cyberbullying internet safety social media magic trend micro
This entry was posted on Tuesday, February 7th, 2012 at 4:06 pm and is filed under Blog, Competitions. You can follow any responses to this entry through the RSS 2.0 feed. You can leave a response, or trackback from your own site.