This is one of the best competitions of the year. The last one but really amazing. The lucky winner will receive a bundle of the latest Universal DVD releases including classic box office movies such as It’s A Wonderful Life, Jesus Christ Superstar, Snow White & the Huntsman
E.T – The Extra Terrestrial – 30th Anniversary Edition, as well as Downton Abbey: Series Three and Michael McIntyre: Showtime!

For your chance to win all these fab DVDs, answer the simple question below in our dedicated competition page (USE ONLY THE DEDICATED PAGE & DO NOT SEND MESSAGES OR DO NOT POST MESSAGES ON THE WEBSITE OR ON THIS PAGE AS THE ENTRY WON’T BE VALID – YOU WON’T BE NOTIFIED OF THE WRONG ENTRY) https://londonmumsmagazine.com/competition-area. The question is: ‘What’s the name of the main actor starring in Frank Capra’s classic movie ‘It’s A Wonderful Life’?’ The deadline to enter is 7th January 2013.

And here are some info on all the films you can win. Repeatedly voted as one of the greatest and most inspirational films ever made and the most loved Christmas movie of all time, Golden Globe winner and five-time academy award nominee It’s a Wonderful Life is the definitive Christmas classic. Directed and produced by Frank Capra, George Bailey’s journey of remorse and reawakening with the help of guardian angel Clarence Odbody is a timeless celebration of love, family and friendship.

Revel in one of the most celebrated and uplifting films of the all time this Christmas, available on DVD and Blu-Ray which includes the original black and white and full colour versions of the film. DVD RRP: £17.99, BLU RAY RRP: £19.99 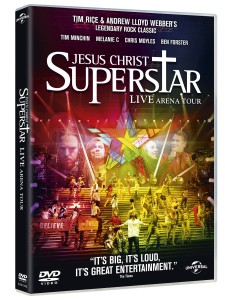 Over the past 40 years, “Jesus Christ Superstar” has become a worldwide phenomenon, portraying the story of the last seven days of Christ leading up to his crucifixion as seen through the eyes of ‘Judas Iscariot’, and featuring hit songs such as ‘Superstar’, ‘I Don’t Know How To Love Him’, ‘Heaven On Their Minds’ and ‘Hosanna’. This recording features a star-studded line-up which includes award-winning musical comedian Tim Minchin in the role of ‘Judas Iscariot’; pop icon and former Spice Girl Melanie C as ‘Mary Magdalene’; radio DJ Chris Moyles in his stage debut as ‘King Herod’; and the winner of the UK’s primetime ITV show ‘Superstar’, Ben Forster, who was chosen by the British public to take on the title role of ‘Jesus’.

Over 40 different cast recordings have been released in 19 different languages. Since its first production in the US in 1971, Jesus Christ Superstar has rarely left the stage, with professional productions in 42 countries around the world and with around 300 amateur productions officially licensed each year. Released just in time for Christmas 2012, this is the perfect present for a musical loving mum or singing crazy sibling. Price: DVD RRP: £19.99, BLU RAY RRP: £24.99 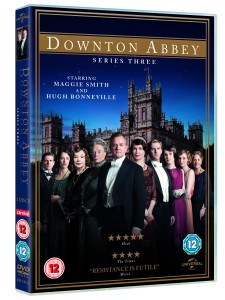 Immerse yourself in the ever-enchanting world of Downton Abbey this Christmas, when Carnival Films’ and Julian Fellowes’s hit drama returns for a star-studded third series on DVD. Follow Britain’s beloved aristocracy as they move into the 1920s with this third instalment of the Golden Globe and six-time Emmy® award-winning series in a variety of characteristically sumptuous settings. An ideal gift for the older members of your family, and those with a seasonal weakness for costume drama. PRICE: DVD RRP: 29.99 BLU-RAY RRP: £34.99 A dramatic and atmospheric twist on the classic fairytale, the epic fantasy adventure SNOW WHITE & THE HUNTSMAN should be on every fearless child’s Christmas list this winter.

Directed by Rupert Sanders and featuring a spell-binding cast of Kristen Stewart (Twilight, Into The Wild), Charlize Theron (Prometheus, Hancock), and Chris Hemsworth (Avengers Assemble, Thor), SNOW WHITE & THE HUNTSMAN takes you on a journey of fate and heroism.

This must-see action-adventure also features staggering DVD and Blu-Ray bonus materials, including A New Legend is Born, 360 Degree Set Views, Reinventing the Fairytale, The Magic of ‘Snow White and the Huntsman’ and a special Citizens of the Kingdom Fairest of The All featurette, looking at Snow White, Deliciously Evil, Queen Ravenna, The Huntsman, Motley Crew and The Dwarves. 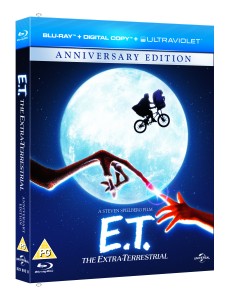 Nine-time Academy Award nominee E.T. The Extra-Terrestrial celebrates its 30th Anniversary with its first-ever release on Blu-ray™, just in time for Christmas 2012. Academy Award®-winning director Steven Spielberg’s magical adventure comes to life like never before with a digitally remastered picture that delivers six times the resolution of DVD, as well as all-new 7.1 surround sound. With an all-new interview with the director, an hour of never-before-seen footage from the set of the film as well as tons more bonus features, this is the chance to own one of the most iconic and popular films of all time. Loved by young an old, the 30th anniversary edition of E.T on Blue-ray is a gift that will truly last a lifetime. 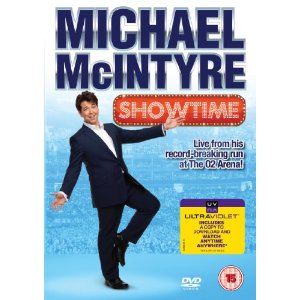 Showtime! is Michael McIntyre at his breathtaking best. Following his two record-breaking DVDs, Live and Laughing and Hello Wembley, Michael returns with his most hilarious show yet. Recorded during his phenomenal 10 night run at the O2 in London and part of his 71-date arena tour playing to over 700,000 fans, Michael raises the bar once again with his relentless energy and razor-sharp observations that has the crowd roaring with laughter.

Tags:  children DVD reviews competitions dvd reviews win win
This entry was posted on Wednesday, December 19th, 2012 at 1:07 pm and is filed under Blog, Competitions. You can follow any responses to this entry through the RSS 2.0 feed. You can leave a response, or trackback from your own site.