To celebrate the Blu-ray and DVD release of Kung Fu Panda 2 London Mums are teaming up with DreamWorks Animation to give three lucky readers a copy of Kung Fu Panda 2 on DVD and one lucky winner will also win a super-cute Po phone charger!

For your chance to win one of the prizes enter your answer to the simple question below in our dedicated competition page https://londonmumsmagazine.com/competition-area The question is ‘Who is ‘The Graduate’s actor who gives the voice to one of Kun Fu Panda 2 characters?’ The deadline to enter is 10 December 2011.

Kung Fu Panda 2 delivers an action-packed, uproarious and inspiring experience that the whole family can enjoy, available to own on Blu-ray Triple Play and DVD on 14th November 2011 from DreamWorks Animation.

In Kung Fu Panda 2, Po is now living his dream as the Dragon Warrior, protecting the Valley of Peace alongside his friends and fellow kung fu masters, the Furious Five. But Po’s new life of awesomeness is threatened by the emergence of a formidable villain who plans to use a secret, unstoppable weapon to conquer China and destroy kung fu. Po must look to his past and uncover the secrets of his mysterious origins; only then will he be able to unlock the strength he needs to succeed. 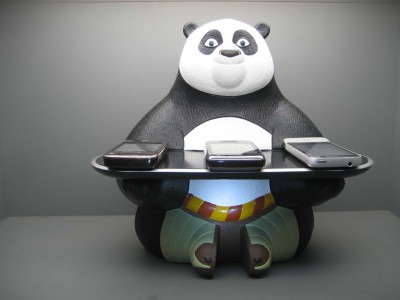 Kung Fu Panda 2 is out on Blu-ray Triple Play and DVD on 14th November from DreamWorks Animation.

This entry was posted on Friday, November 18th, 2011 at 1:14 pm and is filed under Blog, Competitions. You can follow any responses to this entry through the RSS 2.0 feed. You can leave a response, or trackback from your own site.