Cirque Berserk is coming to London in the school half-term holidays! Mixing contemporary “cirque” style skills with off-the-scale thrilling stunt action, it’s a danger-filled spectacle that will amaze audiences of all ages.   Now on its first-ever major tour of Britain, this “off the scale awesome” show (Daily Telegraph) is direct from four sold-out seasons in London’s Hyde Park Winter Wonderland. 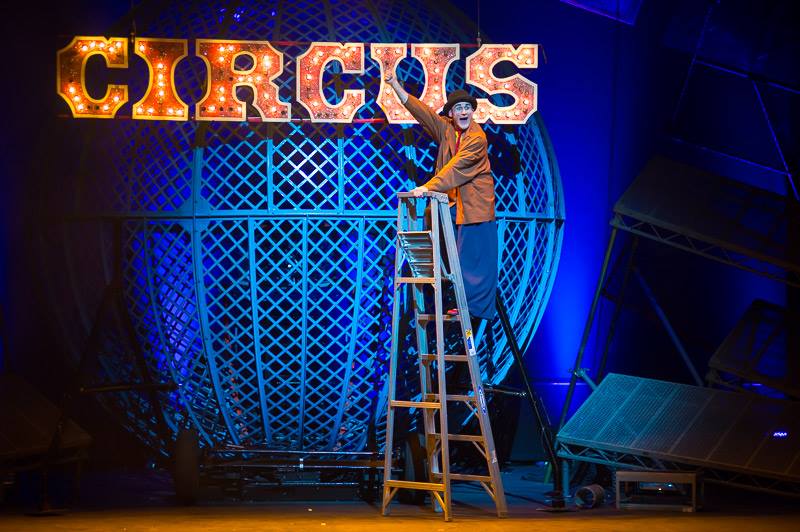 Including the world’s most dangerous circus act, the legendary Globe of Terror, with 3 motorcyclists speeding around in a steel cage at over 60mph! Seen for the first time live on stage in the UK . 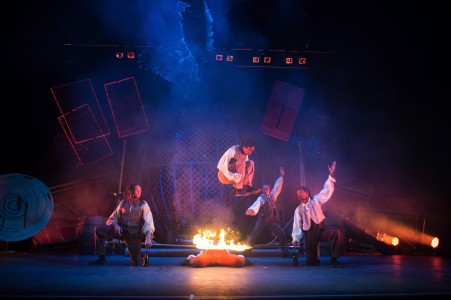 Plus a troupe of over thirty jugglers, acrobats, aerialists, dancers, musicians and death-defying stunt-men, joined by award-winning physical comedian Tweedy (“The best Clown I have ever seen” – The Guardian). 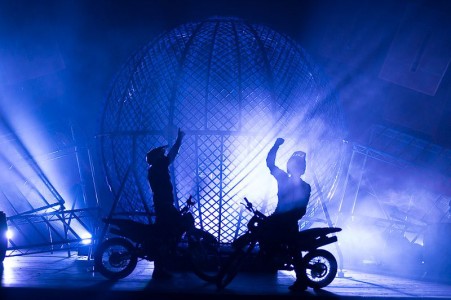 Cirque Berserk will be on stage at the New Wimbledon Theatre on Monday and Tuesday 9th and 10th February; at the Beck Theatre, Hayes on Wednesday and Thursday 11th and 12th February; and then performing under the Mega Dome at Brent Cross from Saturday 14th to Wednesday 18th February. 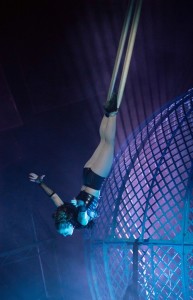 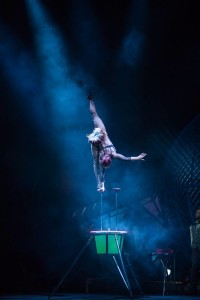 But YOU could see the show FREE and win a unique prize – just enter our READER COMPETITION!

We have one prize to give away for each of the three theatres. Each winner will be given a unique photo-opportunity for yourself and your group to stand inside the motorcycle Globe of Terror before a performance and take your own photos with the dare-devil riders of the Lucius Team on their stationary machines. Plus four tickets for Cirque Berserk.

Just answer this simple question in the competition below this post. Deadline to enter is 2nd February 2015:

Who are the dare-devil riders inside the motorcycle Globe of Terror at Cirque Berserk?

Don’t forget to include your name, address, email, and a phone number!

CIRQUE BERSERK WILL NOTIFY WINNERS AND WILL ARRANGE THEIR PRIZE SEATS SUBJECT TO AVAILABILITY.

THE ORGANISERS’ DECISION IS FINAL.

DATA PROTECTION NOTE: IT IS A CONDITION OF ENTRY THAT COMPETITORS PERMIT THE CIRCUS TO HOLD THEIR CONTACT DETAILS; THOSE DETAILS WILL NOT BE PASSED TO ANY THIRD PARTY, BUT CIRQUE BERSERK MAY SEND ENTRANTS PROMOTIONAL MATERIAL.

This entry was posted on Tuesday, January 13th, 2015 at 2:58 pm and is filed under Competitions. You can follow any responses to this entry through the RSS 2.0 feed. Both comments and pings are currently closed.