A brand new Children’s Magazine called Brainbox has launched! We have 4 goodie bags to give away including the new magazine and the game. The Magazine is aimed at 8 – 11 year olds and is jam packed with puzzles, games, colouring pages, and weird and wonderful facts spanning an array of subjects that coincide with the National curriculum. The Magazine has been designed to encourage children to engage in practical learning activities that are not only fun but  also stimulate memory growth. 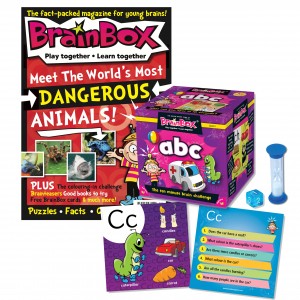 Did you know that Big Ben is the largest four-faced chiming clock in the world? Or that clouds are formed by billions of tiny ice crystals?

BrainBox is a brand new Children’s magazine jam packed with exciting games, puzzles, coloring pages and weird and wonderful facts covering an array of subjects such as nature, history, sports, maths and much more. BrainBox has been designed to encourage children to engage in practical learning activities that are not only fun but also stimulate memory growth.

To celebrate the launch of the magazine, BrainBox has teamed up with London Mums to give 4 lucky readers the chance to win a copy of the BrainBox magazine and game.

For a chance to win, simply answer the following question in the box below: what is your favourite magazine of all time (it can be any magazine you like) and why? 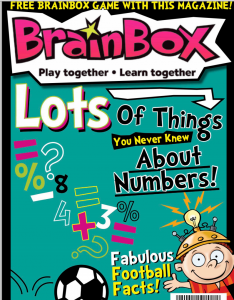 You can download a FREE sample of the BrainBox magazine as a pdf.

This entry was posted on Thursday, April 3rd, 2014 at 12:00 pm and is filed under Competitions. You can follow any responses to this entry through the RSS 2.0 feed. Both comments and pings are currently closed.