The search for the Age UK Internet Champion 2012 has started. As the UK gears up for a year of celebrating its Olympic champions, Age UK is looking for a different kind of Champion for 2012. The Charity is calling on all computer connoisseurs aged 55+ to enter the search to become one of two Internet Champions of the Year – no javelins, shot puts or high jumping required! 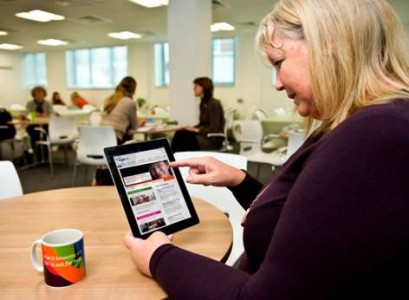 The Champions will act as a leading light to the 5.7 million people over 65 who have never used the Internet and so are missing out on the vast financial and social benefits it can offer, such as keeping in touch with grandchildren, discovering new hobbies and interests, and saving money on products and services by shopping around.

The search for the Joint Age UK Internet Champions of the Year 2012 marks the third year of the initiative which sees people in later life nominate themselves, or be nominated, to become a ‘Champion’ for a year, helping Age UK to advocate the use of the Internet to peers. This year’s theme is ‘how the Internet changed my life’. Nominees are being asked to share the life-changing benefits they have gained from being online and tell the Charity how they would like to work with Age UK to share their skills and experiences. It is hoped that the very real rewards the Champions have experienced will encourage others to get online.

Age UK’s Internet Champions come from all walks of life – last year Margaret Goodwin and Dave Howe were chosen as joint Champions and they have done a brilliant job encouraging others to get online. Margaret applied to the search having used the Internet to save money, keep in contact with friends and family and try Internet dating, whilst Dave told us all about how he loved keeping in touch with friends and family via email. Over the last year they have attended a number of Age UK events and even had a video call with Prince Charles over the Internet. 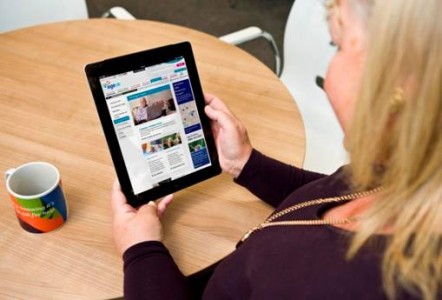 David Mortimer, Head of Digital Inclusion at Age UK, said: “Age UK is committed to helping older people access the advantages of using the Internet for themselves. With over 5.7 million people over 65 not online, the digital divide is still vast. Through the Age UK Internet Champion of the Year search we are showcasing real stories to inspire others to make the most of all the Internet has to offer.”

The joint winners of the search will be announced at an exclusive ceremony in the New Year, and the Champions and two runners up will receive a 3 day (2 nights) all-expenses-paid trip to London and a ‘London Experience’.

Martha Lane Fox, UK Digital Champion, said: “I would encourage anyone over 55 who has a passion for the internet and a desire to spread the word of its benefits to put themselves forward to be an Internet Champion for a year. I have been incredibly fortunate in my role as UK Digital Champion to meet so many inspiring people whose lives have literally been transformed by the Internet. Peer to peer IT training and the work of ‘digital champions’ is vital if we are to introduce the benefits of the web to the many millions of people who remain offline in the UK.”

To enter the search log on to www.ageuk.org.uk/internet-champions or call 0800 169 6565 to request a copy of the application form.

This entry was posted on Sunday, October 30th, 2011 at 1:39 pm and is filed under Blog, Competitions. You can follow any responses to this entry through the RSS 2.0 feed. You can leave a response, or trackback from your own site.