Last week I had a rather long conversation with a recent graduate from my old University. Although I knew that the call was going to end with “can you give us money” the conversation was actually very…..conversational. The student in question did seem genuinely interested in receiving advice about forging out a career path. One of the questions she asked was in the last 13 years since I graduated what has been my career highlight? I couldn’t really decide but I settled for opening our first studio. 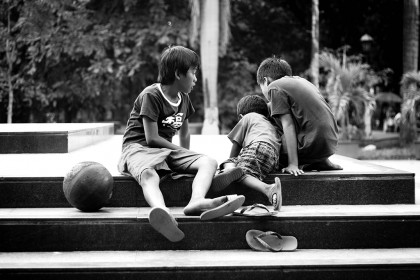 I guess you could regard this as a form of street photography but really it’s positioning yourself in one spot and watching the world go by.

The great British weather might be somewhat unpredictable but at least we have had a few days of lovely summery weather already this year.

You’re going to get fat

If you didn’t know already our photography studio is situated inside award winning softplay centre Eddie Catz Wimbledon. For the past few years before we opened the studio we had a good working relationship with the owners Maria and Darren which certainly made the transition to a landlord / tenant relationship that much easier.
We help each other out, share ideas and offer advice.
From time to time Maria likes to call the studio with a request or an idea and we end up having a nice little chat.
“How’s the pregnancy going?” et cetera.