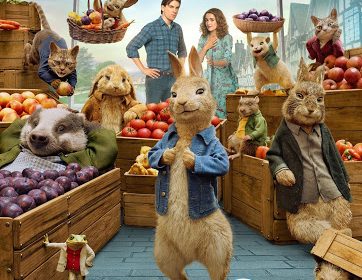 Today cinemas re-open after over a year in lockdown and what a cracker of a movie to go back to the big screen. This morning I attended a special press screening of Peter Rabbit 2 – whose release has been delayed for a year – starring Rose Byrne, Domhnall Gleeson, David Oyelowo, Elizabeth Debicki, Margot Robbie and James Corden as Peter Rabbit. A perfect mix of CGI and live action, Peter Rabbit 2 – The Runaway is filled with gags from beginning to end as well as smart and witty dialogues that will appeal both children and parents alike. Peter Rabbit 2 hops into cinemas today. 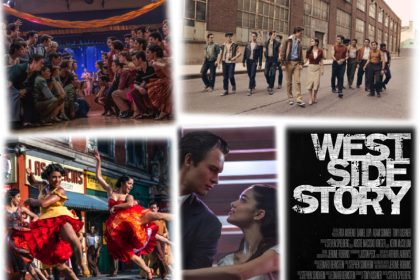 The Walt Disney Company has just released the very first teaser trailer for Academy Award® winning director Steven Spielberg’s new film adaptation of the musical West Side Story, which will open in UK Cinemas on 10 December 2021.

At a first look it looks spectacular and I look forward to watching this movie. December cannot come soon enough.

And the Oscar goes to… Judas and the Black Messiah

In February this year, while we were in lockdown, I watched an exclusive preview screening of Warner Bros’ latest movie Judas and the Black Messiah and attended a special talents’ gathering online to discuss this production. I immediately knew that I was watching a movie that would make an impact on film history. Judas and the Black Messiah is an insightful film that feels relevant with what is happening in today’s history.
Before the Oscars, it had already received a number of awards this season, including best supporting actor trophies at the Golden Globes, the Screen Actors Guild Awards, the Critics’ Choice Awards and British Academy Film Awards for star Daniel Kaluuya. Last night, he also won the Oscar for best supporting actor. In addition to that, the Oscar for Best Original Song went to H.E.R. for the song Fight for You, which was featured in Judas and the Black Messiah.