A bit of a light-hearted story for us all Londoners. Today over 100 Number 7 Company Coldstream Guards and other members of the Household Division needed no egging on as they lined up to dip toast soldiers into soft-boiled eggs in an attempt to break a new Guinness World Records title at Wellington Barracks, as part of World Record London. 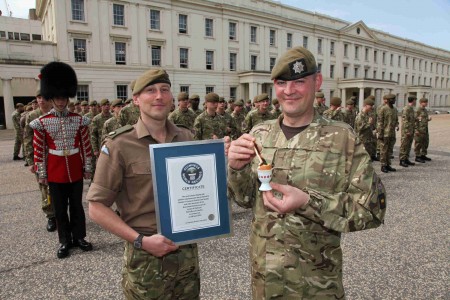 London & Partners’ World Record London finale breaks a new Guinness World Record for the most people dipping egg soldiers. This was achieved by over 100 guardsmen at Wellington Barracks, London, UK, on 28 June 2012. This event is a culmination of 20 new world records broken in London over the last six months to make London a world multi-record breaking city and marking the start of a spectacular summer in the capital. 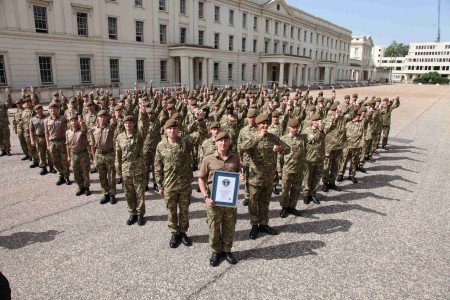 This record, Most people dipping egg soldiers simultaneously, is the last of over 20 iconic world records which has generated more than 16,000 new record holders over six months as part of London &Partner’s World Record London, marking the start of a spectacular summer in the capital. 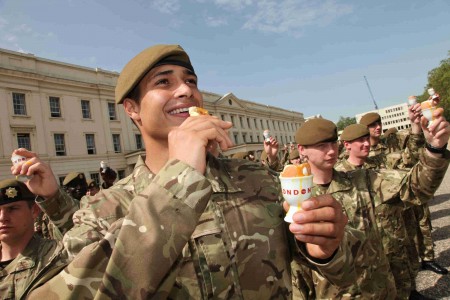 The carefully orchestrated event saw the guardsmen taking part in the Guinness World Records attempt by marching out to stand behind a soft-boiled egg andtoasted soldier – on command they simultaneously ‘double dipped’ a bite of the traditional British breakfast. 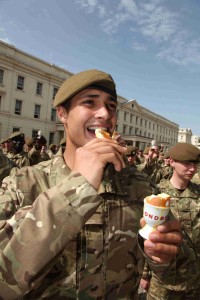 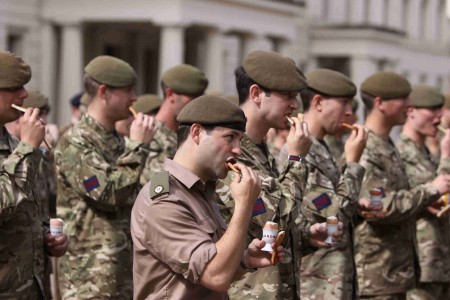 Gordon Innes, CEO, London & Partners said, “London set out to smash over 20 records in 2012 and we were delighted to be able to finish this spectacularachievement with a fitting finale involving the pomp and pageantry of the British Army and iconic London guardsmen. Changing the Guard is one of London’s must-see attractions which are ready to welcome the world. Visitors are invited to watch, enjoy and take part in all that London has to offer in what promises to be a truly memorable summer.”

Marco Frigatti, Head of Records at Guinness World Records, adds: “There has been a spectacular range of records achieved in the capital as a result of World Record London and Guinness World Records has welcomed a host of new entrants to our family of record holders. Today’s latest record breaking achievement completes an officially amazing start to 2012 for London.”

All records were adjudicated by Guinness World Records – the universal authority on record-breaking achievement – and records achieved by London in 2012 include: 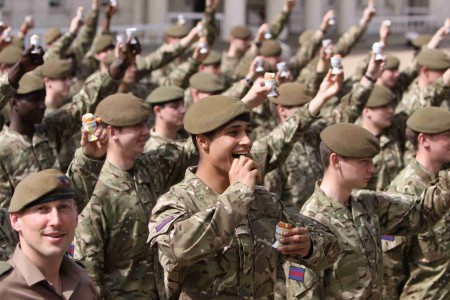 3. Most entrants in an egg hunt competition

7. Tallest costume to complete a marathon;

9. and Fastest marathon on stilts were just three of the 29 Guinness World Records set at the 2012 Virgin London Marathon

16. Largest parade of boats – as part of the Thames Queen’s Diamond Jubilee Pageant

Tags:  jubilympic year london 2012 world record london
This entry was posted on Thursday, June 28th, 2012 at 2:08 pm and is filed under Blog. You can follow any responses to this entry through the RSS 2.0 feed. You can leave a response, or trackback from your own site.