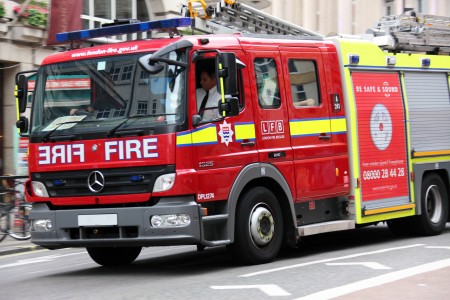 However, ten stations remain under threat of closure.

A meeting of the London fire authority will make a decision on the revised proposals on 18 July 2013. On the same day, the FBU will hold a demonstration against the cuts. A march leaving from the Monument at 12.15pm will be followed by a rally outside London Fire Brigade headquarters in Union Street.

The FBU’s regional secretary for London, Paul Embery, said: “Make no mistake, the decision to keep Clapham and New Cross stations open came about only because of the pressure of a sustained public campaign in which the FBU played a pivotal role. But that campaign doesn’t end here.

“Ten stations remain under threat, and we must redouble our efforts to save these stations from the axe too.

“These cuts are dangerous and wrong and will lead to millions of Londoners waiting longer for a fire engine in an emergency.

“We’ve seen today what can be achieved by campaigning against fire station closures. We now need to keep the pressure up to force brigade managers and Boris Johnson to think again about the remaining ten stations.

“The FBU will not rest until the threat of all frontline fire service cuts is off the table.”

This entry was posted on Thursday, July 11th, 2013 at 11:00 am and is filed under Blog. You can follow any responses to this entry through the RSS 2.0 feed. You can leave a response, or trackback from your own site.