Tractor Ted, young children’s favourite cartoon tractor, DVDs and books are my 6 year old son’s favourites. He loves the fact that they show life on a farm and all tools and equipment a farmer needs to run a farm in great detail. 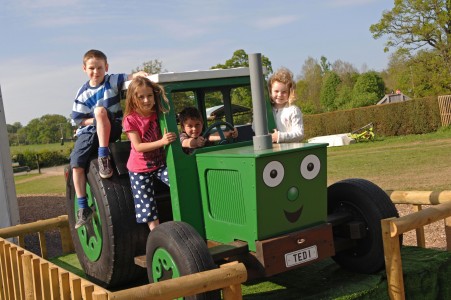 Being a mum, I must admit I could not understand at first why he loved it too much, but I slowly starting appreciating its highly educational value. I also learnt a lot of technical details on how to look after cows and sheep, how to plant seeds with very specific machinery and lots of other information about farms. 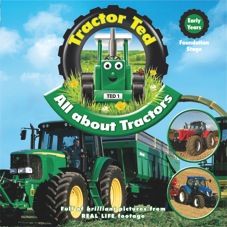 Tractor Ted Meets the Forage Harvester, a machinery-packed DVD which follows a dairy herd’s husbandry including a Dorset dairy which milks 1000 sheep every day, will be released in early November. It is the 16th DVD in the series and follows the success of Tractor Ted Meets More Animals released earlier this year, in which Ted encounters buffalo, alpacas and wild boar, learns how mozzarella is made and alpacas guard free range hens from foxes.

Alexandra Heard, co-founder of Tractor Ted said: “We are so excited by the new additions to the Tractor Ted range. They will make fantastic stocking fillers or presents for young children, godchildren, nephews, nieces and friends who are fans of Tractor Ted.” 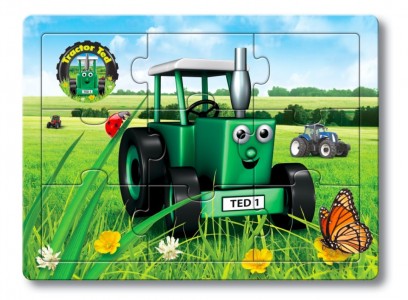 Tractor Ted educates and entertains children from two to six years old about farming and countryside activities such as where good food comes from, the seasons and how to care for animals through DVDs, books and live events.

Clare Balding says: “Having watched Tractor Ted with my nephew, I am hugely impressed with the technical detail of the films. It proves that children can take in complicated facts if they are presented well and if their interest is sparked and then held.”

Tractor Ted is available from farm shops and country stores nationwide or from www.tractorland.co.uk

Tags:  children's books' reviews kids' books kids' movies
This entry was posted on Thursday, July 26th, 2012 at 9:37 am and is filed under Blog, Books. You can follow any responses to this entry through the RSS 2.0 feed. You can leave a response, or trackback from your own site.