The Beatles tour in London

I have never been able to answer the question ‘what’s your favorite Beatles’ song?’, not for lack of knowledge of the Fab Four but rather because I love all their songs and one way or another they all remind me to different people or aspects of my life. Who doesn’t like the Beatles anyway? I don’t think there is a single person in this world who dislikes them.

Well, you might think that Liverpool is the main city to visit if you are a Beatles fan but actually London is equally important if not more important. 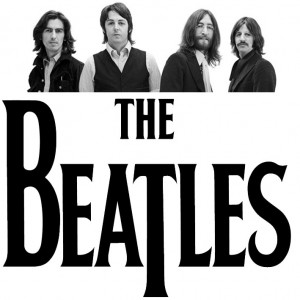 And after 15 years living in this amazing Capital, I have finally realised that I don’t know it as well as I thought I did.

So with this in mind, I booked myself and my family (hubby and 6 year old son) to the Beatles tour via ……
and celebrity planet without knowing what to expect.

The best part of it all is that at the end of the tour I realised I learnt a lot about the Beatles but also about London. Our guide was Alex, a young actor who has lots of fun taking tourists (and Londoners) around the Capital telling them lots of anecdotes and stats, facts, and shows them amazing places full of history.

And this is not something you can really do yourself as you need someone like Alex who knows London like the back of his hands and that does not waste time finding locations (without GPS systems).

Apparently most people book the Harry Potter tour, however the Beatles tour makes you jump back to the Sixties where Pop Music was invented and London undoubtedly is the cradle of Pop Culture. I would recommend this tour to anybody, tourists but particularly Londoners who want to know their city a bit better.

Here is a list of few things we covered during the Beatles Tour: 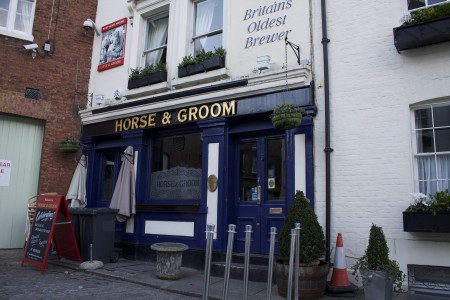 24, Chapel street in Belgravia: It’s now a private house but used to be the property where the Beatles’ manager Brian Epstein lived from 1965 to 1967 until he died young. In the mews around the corner there used to be stalls for horses and the ‘Horse & Groom’ pub there was the Beatles’ local pub in the Sixties and the place where they has all their meetings.

Les ambassadors Casino at Hyde Park is the venue where all scenes of a Hard Day’s Night dance scenes where filmed as well as the place where Sean Connery said for the first time the famous phrase ‘I am Bond, James Bond’.

Hard Rock Cafe at Old park lane has lots of Beatles memorabilia. I bet you knew that already…

57, Green street property in Mayfair: on the 3rd floor all four Beatles lived under one roof for one year. They were not popular with the neighbours, for obvious reasons. I would have loved to be their neighbour though. The first to move out was John Lennon, who moved to a bigger property with Cinthia and son Julian.

Burlington arcade : Did you know that it’s the only place in the UK where it’s illegal to whistle? If you were/are caught there to whistle, the beadle would tap on the shoulder and ask you to leave. Don’t try this unless you are Paul McCartney… He did it once but was allowed. Well, not everyone can whistle like Paul 🙂

Aspreys – Ringo in the Beatles’ film ‘Help’ came to this jewellery.

Trident Studios in Wardour Street / in St annes court – The Beatles recorded here Hey Jude: it’s 7 minutes long song, the longest track ever recorded. These are famous studios where also the Queen and Lady Gaga among others recorded their albums. 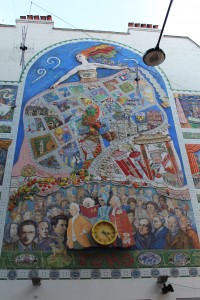 57 wimpole street: This is the place where Paul McCartney lived with ex girlfriend Jane Asher (her own house) until 1968 when he moved to 7 Cavendish avenue – He has lived in the latter property for 44 years and at the time it cost him only £40,000. Wow that is an amazing investment, Paul! Here Paul has a big music room at the top. I’d love to see it! 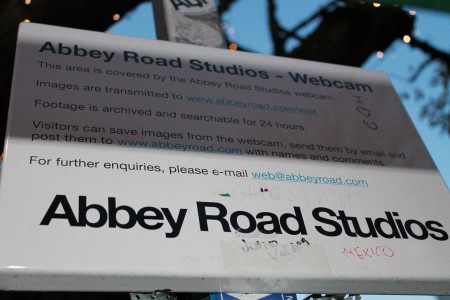 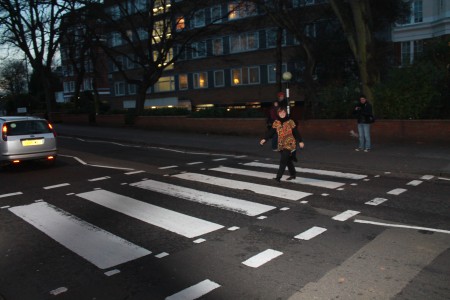 There’s a Beatles shop in Baker Street. Not to be missed.

Book this tour! You will love every minute of it and you will be sad when it’s finished. The things I mentioned here are just highlights but there’s so much more. I could write about a book about it now…. I promise. Watch this space.

Our tour was organised GoSeeDo.com, a website founded in 2012 by Attraction World, the UK’s leading attractions supplier to the travel trade.

From West End shows, the London Eye and Italian cookery classes; from Siam waterpark in Tenerife, Berlin sightseeing passes and swimming with dolphins in Sharm el Sheikh; from a Dhow cruise and dinner in Dubai, Walt Disney World Resort Florida and the Sydney Bridge Climb… GoSeeDo.com has a world of experiences to offer.

Tags:  london attractions Travel with kids
This entry was posted on Monday, December 17th, 2012 at 9:55 pm and is filed under Attractions, Blog, Travel with kids. You can follow any responses to this entry through the RSS 2.0 feed. You can leave a response, or trackback from your own site.