Sylvester and the New Year

The legend of Sylvester and his annual journey to Earth with the New Year comes to life in this wonderful fairytale. This beautifully illustrated story will become a family favourite for every New Year. 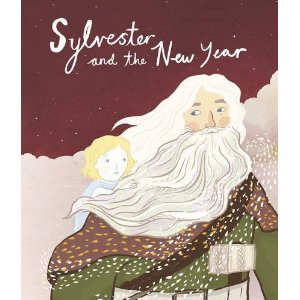 Children under 8 find it hard to understand the perception of time. For them tomorrow or in two years it’s the same concept, as they mainly understand the present, the NOW.

School teachers make children write the date from year 1 which is great to recognise the passing of time. 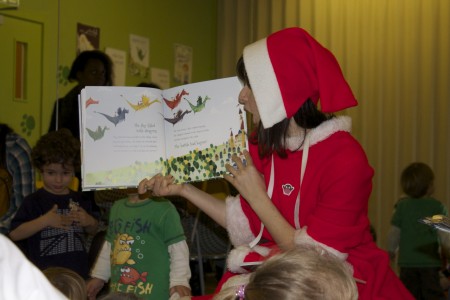 Sylvester and the New Year is really a magical story that helps visualise the change from one year to another which is otherwise a mere formality. The magic of the tale is supported by the beautiful illustrations by Emmeline Pidgen.

This story is inspired by renowned German poet Eduard Mörike’s tale from over one hundred years ago and takes the reader on a magical journey as Sylvester travels by mystical moon horses to Earth, delivering the New Year and returning to Old Year back to be rejuvenated by the River of Life. My six year old son and I found this book fascinating. Its uniqueness is in the fact that it’s a legend that was originally told in German and passed down through generations. So the British publisher Far Far Away Books has now presented a modern incarnation of a classic story. 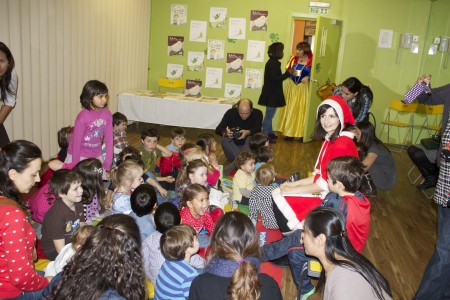 On 23 November 2012 London Mums had an amazing Christmas party! And Far Far Away Books contributed to the success of the event as they organised a great storytelling session in Santa’s Grotto while the kids and parents were waiting to see Santa. The feedback from parents and kids on these sessions was that the books were beautifully read and also well illustrated.

The stories read included Sylvester and the New Year, George and the Knight, The witch and the dog and Sad tales for me.

Tags:  books books' reviews children's books' reviews
This entry was posted on Tuesday, December 25th, 2012 at 9:00 am and is filed under Blog, Books. You can follow any responses to this entry through the RSS 2.0 feed. You can leave a response, or trackback from your own site.