Make this Mother’s Day special for an orphan of Ebola

As we approach Mother’s Day this weekend, new research released by the UK Charity Street Child has found that over 7,000 children in Sierra Leone have tragically lost their mother to Ebola. The charity reports that without their mother these children now face challenges and risks threatening their survival including, malnutrition, trauma, abuse and teenage pregnancy. 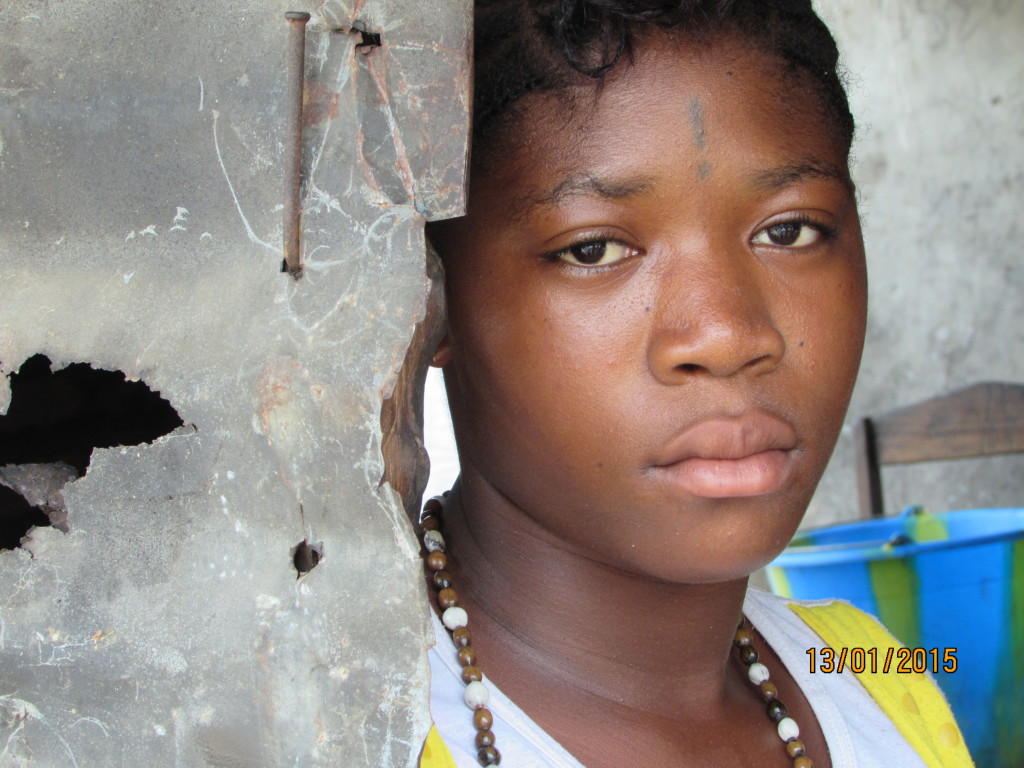 Alfred (17), Tenneh (16), Zainab (10) and Alie (8) from Sierra Leone’s Western Area lost both parents to the Ebola virus; Tenneh told Street Child social workers about the void left by the loss of her mother:

“I miss my mother, it makes me sad when I remember the care and love she used to give me.”

“I’m very afraid of catching Ebola after watching my mother and father die, before now I would walk around the village and travel further afield, now I sit in the house all day too afraid to leave.”

But there is still hope for this young family, after the death of their parents Street Child sought a relative to become the primary caregiver for the children; Adamsey Kamara stepped forward:

“I overcame my fear of Ebola to take the children in because of my close friendship with their mother. I already have four children of my own but these children needed my help desperately. With extra mouths to feed it is a struggle, especially as my small trading business has had depleted custom during the Ebola crisis.”

“Street Child has provided us with food, bedding and psychosocial support – this is much needed as the children are suffering after the death of their parents.”

“Adamsey has been so kind helping us, providing care and supplies, particularly for my younger siblings who could not cope without her help.”

The children are still suffering though and the loss of their parents has resulted in the older two stepping into more adult roles.

“I work on the sand mines to provide money for my family and my sister Tenneh helps Adamsey with cleaning and trading” said Alfred, “We worry that we will never be able to return to school because of the roles we must now fulfil in the household. I want to study computing and one day go to university, thanks to the motherly care of Adamsay and the support of Street Child one day this might be possible.”

The importance of rehoming orphans with a suitable caregiver is clear, and while nobody could ever replace a biological mother, the care that women like Adamsay can offer is crucial to the future of Ebola orphans. The story of Alfred, Tenneh and their siblings is by no means unique – Street Child is currently providing support in the form of humanitarian aid, psychosocial support, rehoming and long term business support to approximately 11,000 orphans who have lost a primary caregiver to Ebola in Sierra Leone, but predicts there to be thousands more in need our support.

The need is desperate and immediate, many of this 11,000 have simply been provided with a one off food package which is running out – to provide further support to these and many more children, Street Child needs support.

This is why they are asking mums to give up their mother’s day gifts this year and instead ask their children to donate via Street Child’s Pass the Presents initiative.

Visitors to PassThePresents.org can learn what the equivalent of buying a bunch of flowers or even just a card would do to help an Ebola orphan in West Africa, and then donate the cost of the present and download a Pass the Presents Certificate to give to their Mums on mother’s day instead.

I am a freelance writer and lover of all things vintage, fashion, furniture and particularly partial to a little bit of lindy hop

Tags:  charity gifts charity mother's day gifts Ebola crisis Ebola orphans mother's day mother's day gift ideas Street Child
This entry was posted on Friday, March 13th, 2015 at 1:10 pm and is filed under Blog. You can follow any responses to this entry through the RSS 2.0 feed. Both comments and pings are currently closed.