Researchers from the University of Portsmouth Business School have won funding to examine shared parenting and contact orders for children whose parents separate. The research comes in the wake of fathers’ rights groups campaigning for more time with their children after divorce, and a mooted change in the law in favour of shared parenting becoming the norm. 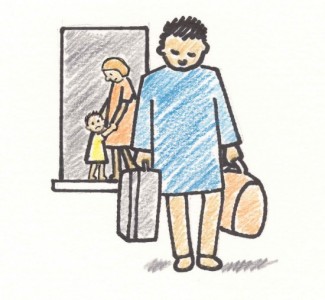 Dr Maebh Harding and Dr Annika Newnham, of the School of Law, hope to help inform any change in government policy by examining how courts promote shared parenting in disputes between separated parents.

Dr Harding said: “Many assertions are currently made about what the courts are or aren’t doing, but it is vital that the coming changes to the Family Justice System are based on a clear understanding of the courts’ current work.”

The project won £106,000 funding from the Nuffield Foundation; the first grant won by the School of Law from the Foundation, whose research frequently informs government policy.

Drs Harding and Newnham will examine the data from 210 county court cases over a six-month period from five courts in England and Wales to see if there are any patterns of residence and contact orders. They will look at the relationship between the formal labels given to court orders and the actual allocation of children’s time between parents.

They will also interview stakeholders, including judges, barristers, solicitors and social workers, on their perceptions of how those orders are applied.

The researchers expect to report their findings in 2014.

Dr Harding said: “There is a shortage of empirical research in this area and the mooted presumption of shared parenting means parents rather than children are the focus of the proposed change in the law. 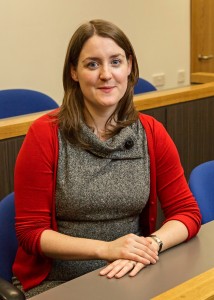 “There are also questions about what shared parenting means – courts, parents and politicians might mean entirely different things by the term ‘shared’.

“Under the Children Act 1989 the courts must look for the solution that is in that child’s best interests, and because every child and every family is different you can’t presume that one size will fit all.”

The Family Justice Review has cautioned the government against drifting towards shared parenting as a default position without research on what the courts already do to make shared parenting possible using the current legislative framework.

Dr Harding said: “People have very firm views on families and what should happen based on their own family experience, but those experiences reflect just a single family and do not necessarily apply to the thousands of families who go through divorce and custody battles every year.

“We are open minded. We simply don’t know what we will find, but we do think government policy should be informed by research .”

Under the Children Act 1989 children’s best interests are paramount, but the test is flexible to allow for differences in different families. In 1989 shared residence was highly unusual and though it is growing in popularity it has no firm definition. It does mean alternating between two family homes but the amount of time spent at each is not necessarily equal.

Tags:  divorce shared parenting
This entry was posted on Tuesday, December 18th, 2012 at 10:16 am and is filed under Blog, Parenting Skills. You can follow any responses to this entry through the RSS 2.0 feed. You can leave a response, or trackback from your own site.