Rings on the River! The Olympics are approaching!

A giant set of Olympic rings has been shipped on to the River Thames to mark 150 days until the start of the London Games. 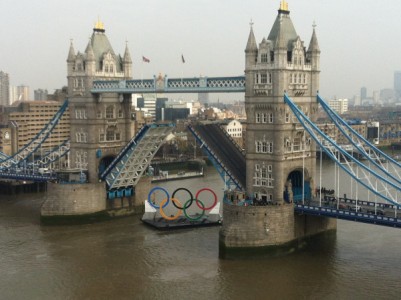 The rings are 36ft high and 82ft wide and are being transported through the city passing by Tower Bridge and Canary Wharf.

London Mayor Boris Johnson also announced a programme of FREE cultural events that will take place in London during these Olympic Games.

Tags:  london 2012 mayor of london olympics
This entry was posted on Tuesday, February 28th, 2012 at 3:44 pm and is filed under Blog. You can follow any responses to this entry through the RSS 2.0 feed. You can leave a response, or trackback from your own site.