London commuters were stunned last week when the Power Rangers hit the city to mark their 18th year and the return of the kids’ favourite TV show on Nickeloden. 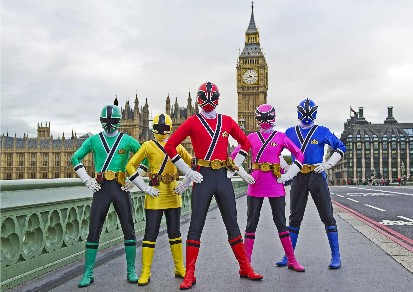 The five super heroes took to the streets of London to cement their status as cultural icons with a series spanning nearly two decades on our TV screens. 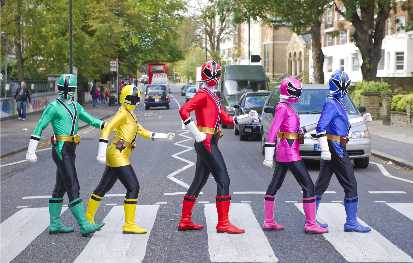 The red, pink, blue, green and yellow stars were spotted around the capital with sightings at the Tower of London, the London Eye, Oxford Circus, the Millennium Bridge, Abbey Road and even on the tube. The Power Rangers were on hand to protect the capital and to celebrate the success of the 18th series, Power Rangers Samurai. The series is now one of Nickelodeon’s most successful live action shows. 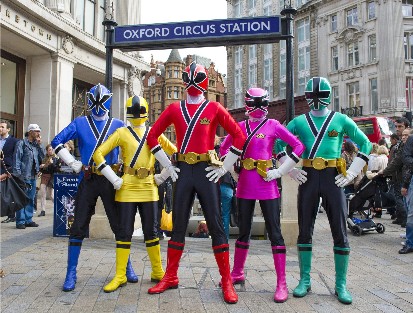 In 1993 Mighty Morphin Power Rangers took the world by storm creating a global phenomenon. The show, following five teenagers who must battle to save the planet, quickly became the most watched children’s television programme in the US and following its debut went on to be sold to over 150 markets worldwide. 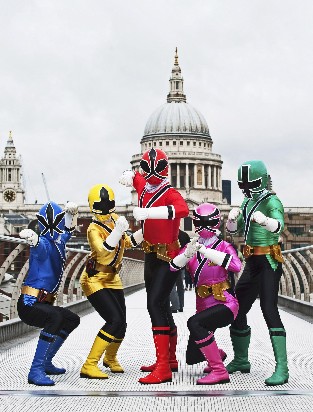 Ranked as the number one boys brand in the world from 1993 until 1997, the Power Rangers spawned a film, comic books, and a hugely successful merchandise line including videogames and toys. Since its launch in 1994 Power Rangers has become the number one kid’s action toy selling over 24 million action figures world-wide through global toy partner, Bandai. 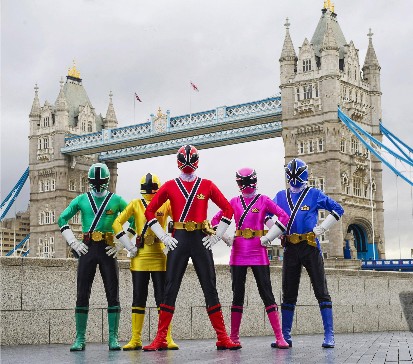 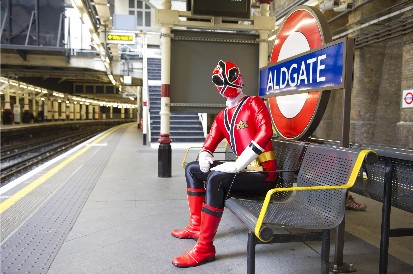 Tina McCann, Nickelodeon UK Managing Director says, “The new series of Power Rangers Samurai has been very successful for Nickelodeon and it’s great to be able to re-energise the love for the characters, which we saw back in the early 90’s. We are thrilled to be celebrating the triumphant return of Power Rangers Samurai to the channel by bringing the characters themselves to London.”

This entry was posted on Sunday, October 23rd, 2011 at 10:48 pm and is filed under Blog. You can follow any responses to this entry through the RSS 2.0 feed. You can leave a response, or trackback from your own site.