Families on low-incomes across the UK are having to turn down jobs or are considering leaving work because they can’t afford to pay for childcare, according to new research from Save the Children and Daycare Trust. 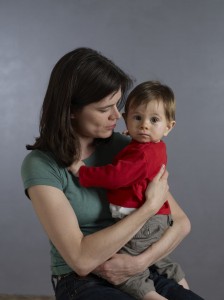 The survey also found that parents, regardless of income, say that they can’t afford not to work, but struggle to pay for childcare. And despite many parents cutting back their spending, almost a quarter have got into debt because of childcare costs.

Parents in Britain spend almost a third of their incomes on childcare – more than anywhere else in the world – and such high costs have the greatest consequences for the poorest families. Of those families in severe poverty, nearly half have cut back on food to afford childcare and 58% said they were or would be no better off working once childcare is paid for.

The cut to the working tax credit has also dealt a massive blow to hard working families struggling in severe poverty with four in ten of those affected considering giving up work because they will no longer earn enough to cover the childcare bill. The cut has added up to £1,560 per year onto the childcare bill of some low income families. 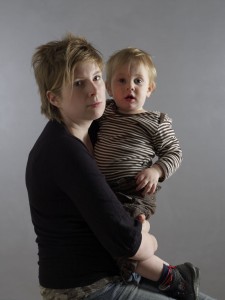 – A quarter of parents in severe poverty have given up work and a third have turned down a job mainly because of high childcare costs – more than twice as likely as better off parents.

– Of those parents in severe poverty and currently in paid employment the majority (80%) agreed with the statement “Once I have paid for childcare, I am in a similar position to as if I was not working”.

– The majority of parents living in severe poverty (61%) said they were struggling to pay for childcare compared to around a third of parents on higher incomes (37%).

– Families in severe poverty were twice as likely as better off families to move home because of the high costs of childcare.

– 26% of parents in severe poverty have been unable to take up education or training because of high childcare costs.

– 63% of parents, regardless of income, say they can’t afford not to work but struggle to pay for childcare.

– The costs of childcare are on a par with 41% of families mortgage or rent payments.

– A quarter of parents, regardless of incomes, said the cost of childcare has caused them to get into debt.

Save the Children and Daycare Trust are calling on the government to increase the amount they plan to spend on childcare support under the new universal credit – to pay up to 80% of childcare costs for low income families – in a bid to prevent low income families from being priced out of work and into poverty.

Sally Copley, Save the Children’s Head of Poverty, said: “The government is undermining its own ‘make work pay’ policy by not funding the costs of childcare for the poorest families. Childcare in the UK is amongst the most expensive in the world and families on low incomes simply don’t earn enough to cover the costs and are being priced out of work as a result.

The recent cut to the working tax credit has only made this worse with many parents realising they are no better off working and they and their children remain trapped in poverty. The government must give the poorest parents a chance to work their way above the poverty line. We know that the best way out of child poverty is to help parents into work.”

“Daycare Trust hears from parents every day who are being forced to make difficult decisions about their career and family life as a result of Britain’s high childcare costs. Being able to work and be financially independent is in the interests of both families and our wider society; yet as our survey shows, parents are being forced out of work as a direct result of how expensive childcare is. If you want welfare reform to ensure that work does pay for low income families, then you need high-quality childcare provision that is affordable for parents.”

Save the Children and Daycare Trust are calling on people to ask their MP to call on the Chancellor to give childcare support a boost www.savethechildren.org.uk/childcare

Work significantly reduces the risk of severe child poverty. Only 6% of children in families where at least one parent works are in severe poverty compared to 43% of children in workless households.

For the purposes of the survey we define severe poverty as those respondents reported a household income of less than £12,000 per annum.

The survey was carried out in May and June, both online and through distribution of paper surveys. We received responses from over 4,000 parents.

The reduction in the percentage of childcare costs covered by the Working Tax Credit from a maximum of 80% to 70% in April 2011 has added an average of £546 onto the childcare bill for half a million families and up to £1,560 per year for some low income families. (Source: Daycare Trust briefing – The impact of the Spending Review on Childcare, October 2010)

Childcare costs in the UK have consistently risen every year over the last 10 years.

This year prices have increased by twice the average pay increase in the same period. 25 hours of nursery care per week for a child aged two or under now costs on average £5000 a year in England – rising to £6000 in London. (Source: Daycare Trust Childcare Costs Survey 2011)

Parents in the UK face higher childcare cost as a percentage of net family income than any other OECD country, spending on average 33% of their net income on childcare. (Source: OECD Family Data base, Panel B: Childcare cost in % of family net income: http://www.oecd.org/dataoecd/52/11/42004407.pdf).

Sweden has the lowest childcare costs with no family paying more than 5% of gross income on childcare. (Source: OECD Family Data base. For more information see Daycare Trust Quality Costs: Working paper 4 – International comparisons of high quality early childhood education and care – Sandra Gruescu, Social Market Foundation 2009)
The percentage of children in severe poverty living in a household where at least one adult works is 41%. (Source: Save the Children Severe Child Poverty: Nationally and Locally February 2011.)

For further information about our work please visit www.savethechildren.org.uk

No child should die just because they can’t get medical help. But in the poorest countries, there’s a critical shortage of doctors, nurses and midwives. Help us tell government: now is the time for action. www.savethechildren.org.uk/healthworkers

Tags:  childcare
This entry was posted on Wednesday, September 7th, 2011 at 10:50 pm and is filed under Blog, Childcare, Parenting Skills. You can follow any responses to this entry through the RSS 2.0 feed. You can leave a response, or trackback from your own site.