To combat the growing problem of anti-social behaviour and harassment online, Network for Surviving Stalking, a project funded by social investor & UK registered charity Nominet Trust, has recently launched a new version of the highly regarded ‘Digital Stalking; a Guide to Technology Risks’. The free online tool will aim to protect the 1/5 women and 1/10 men that will be stalked during their lifetime. 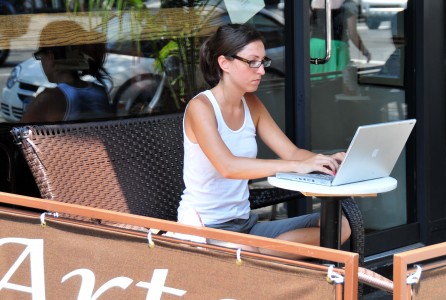 The new version focuses on risks associated with smartphones. With 60% of the UK population aged between 16 and 34 now owning a smart phone, and with new technological advances constantly being launched, the guide is released at a time when potential victims are susceptible to new forms of stalking.

Digital Stalking; a Guide to Technology Risks will provide professionals working in the space, from police, community safety officers, domestic violence experts and charities, with up to date information on the technology being used against victims, how it works, the risks and step by step advice on how victims can deal with these issues.

For instance, ex-partners often know, or can guess their victim’s passwords for their iPhone or Google account associated with a phone. Once in the account, stalkers can see the exact location of the phone, lock the device, delete contacts, download apps and see photos or text messages that were synced. The guide will provide specialist knowledge that isn’t currently available for most professionals on how to avoid these problems.

Key topics in the guide include:

Jennifer Perry, cyberstalking spokesperson for the Network for Surviving Stalking (NSS) said:
“Antisocial behaviour and harassment online is increasing substantially and because technology is constantly advancing, keeping up to speed with new harassment methods can be a challenge for those working with and supporting victims. Professionals need user friendly information for victims that will help them reduce impact and increase safety – this is exactly what this guide provides. ”

Service user Karen Evans, Hampshire Police Chair at the N E Hants Domestic Violence Forum in Aldershot said: “Abuse via technology is a new yet growing problem. This guide has given us a much better understanding of how abusers are accessing information about victims and how to help them – information which is imperative for high risk clients. We would advise professionals working in the space to download and start using the information like we have.”

Annika Small, CEO of Nominet Trust said: “It is impossible to deny that technological advances in the smartphone industry have transformed the way we communicate and access information but it’s crucial that people remain vigilant and aware of the risks too.

Nominet Trust is committed to supporting projects which ensure that digital technologies make a positive social difference. The development of these guidelines will provide professionals with an important tool to tackle the growing problem of digital stalking, and ultimately protect victims, which is why we have supported the development of this valuable resource.”

The original Digital Stalking; A Guide to Technology Risks was launched with Women’s Aid February 2012. These have been downloaded over 4,500 times. Nicki Norman, Deputy Chief Executive of Women’s Aid said: “Women’s Aid was proud to launch ‘Digital Stalking: a guide to technology risks for victims’ with the Network for Surviving Stalking earlier this year, as we know that stalking is a frequent part of domestic violence and the guide provided a practical resource for those affected. Without vital information on protecting yourself from the risks, abusive current or ex-partners can quickly install applications on phones or computers, and access substantial information about your life, which is a significant safety risk.”

The guide can be downloaded free of charge from www.womensaid.org.uk – www.digital-stalking.com

Karen Evans, Chair, N E Hants Domestic Violence Forum Aldershot. Tells how the guidelines were used to help a male victim of stalking. (The names have been changed)

Mark and Anna were partners that also had a business together. Anna managed the finances for the business, Mark undertook the ‘work’ and ‘public face of the business’.

The relationship ran into difficulty and Anna wanted to end the relationship. When Mark agreed “that it would probably for the best”, Anna turned ‘nasty’.

Unsurprising the business suffered. Mark was afraid to approach her or discuss any business issues in case it made the situation worse. Anna ended up removing money from the business and running up overdrafts.

Mark started to notice that the information which was included in private emails to friends was later used by Anna in arguments. Then when Mark went on jobs for work, Anna would appear.

Mark couldn’t understand how Anna knew so much and where he was going to be all the time. This caused severe stress to Mark; completely undermining his confidence, turning him into a ‘nervous wreck’.

Karen Evans turned to the The Digital Stalking: Guide to Technology Risks to help Mark. “It helped me identify how Anna able to find out so much. It said often victim’s computer will have spyware on it”. Mark’s work and home computer both had monitoring software on it. This gave Anna the ability to monitor all of Mark’s emails, read documents and access passwords.

The passwords allowed her to long in to Mark’s email and Facebook account and start sending offensive messages to friends and family so it look as if Mark had sent them.

The surveillance went further than spyware. Anna had also installed web cameras in the office that could be operate remotely. When he was out of the office Anna could monitor where Mark’s location because she used his phone’s GPS to track him.

Using the advice from the guidelines, Mark closed his Facebook account, changed his phone settings, had computers cleaned, changed his passwords and found and removed the cameras.

The stalking didn’t completely stop by the impact was greatly reduced and Anna was no longer able to access information about Mark. The couple came to a financial agreement with Mark agreeing to give substantial amounts to Anna just to stop the harassment. Eventually, Anna stopped stalking Mark when she found a new partner.

What happened to Mark isn’t uncommon. Male victims of stalking are often targeted financially or the stalkers try to damage the victim’s reputation often it is both.

Anna was a determined stalker who used technology to monitor, intimidate and embarrass the victim. “What I was surprised to find out is that none of this is as unusual as I thought. The technology is cheap and easy to buy. The Digital Stalking guide helped identify what was happening and what actions the victim should take – otherwise Anna would have had access to his information and his location for a lot longer.

Tags:  digital stalking identity fraud
This entry was posted on Tuesday, January 15th, 2013 at 8:00 am and is filed under Blog, Parenting Skills. You can follow any responses to this entry through the RSS 2.0 feed. You can leave a response, or trackback from your own site.