Renting a two bedroom home in London is unaffordable for families earning less than £52,000, according to new research recently released by Shelter as part of its Homes for London campaign. 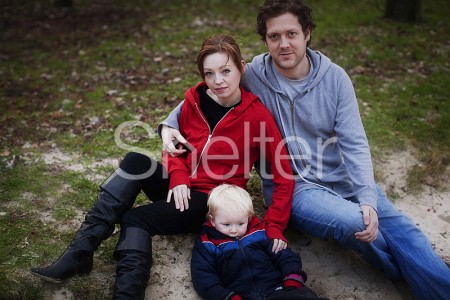 With almost 1 in 4 London families now renting from a private landlord – a surge of 70% in the past two years – the research looked at how much families would need to earn to be able to affordably rent a typical two bedroom home, widely defined as rent taking up no more than a third of household income.

It found that a family would need to take home almost £3,500 each month, equivalent to a yearly pre-tax salary of £52,000. In eight London boroughs, including Hackney and Tower Hamlets, families would need to earn over £60,000 a year.

With the typical London household income less than £35,000, the charity is warning that growing numbers of families are at crisis point, paying up to half of their income in rent each month as they struggle to continue living and working in the capital.

In an Ipsos Mori poll released last week, Londoners said that the single most important policy the Mayoral candidates have discussed is finding a way to reduce the cost of private renting. 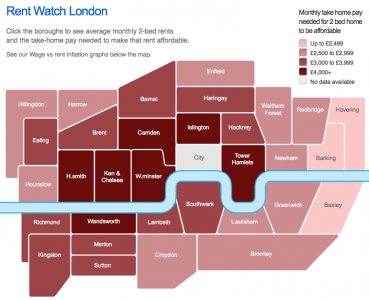 Shelter’s Homes for London campaign is demanding the next Mayor use their influence to make housing a top priority, and stand up for London’s renters by brokering a better deal for them which protects families from the capital’s out-of-control rental market.

Shelter chief executive Campbell Robb said: “These findings paint a worrying picture of thousands of families across the capital being stretched to the limit by the high cost of renting, praying they won’t be hit by another rent rise that could tip them over the edge.

“With so many Londoners locked out of home ownership, more and more families have no other option but to rent, but rents are now so out of touch with wages that some families are spending over half of their income just to keep a roof over their head, leaving little left for food, fuel and other essentials. London’s renters will be looking to the next Mayor to fix London’s out-of-control rental market, and give them some stability and predictability with their housing costs.

“By joining our campaign at homesforlondon.org.uk/rent Londoners can find out the real cost of renting where they live, and challenge the candidates about what they would do to address London’s growing housing crisis. ”

Tags:  housing rent shelter
This entry was posted on Thursday, April 5th, 2012 at 11:12 pm and is filed under Blog. You can follow any responses to this entry through the RSS 2.0 feed. You can leave a response, or trackback from your own site.