How to talk to your teenagers so they listen

We asked Dr. Lisa Turner to give us some advice on how to Talk to Your Teenagers so That They Listen. Here is what what she told us. 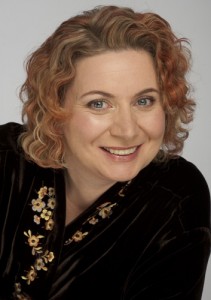 The turbulent teens can be hard and can sometimes seem that the part of your teenager’s brain that takes in any of your good advice shuts down. In fact, this is exactly what it does. The hormonal changes that kids go through during puberty are common knowledge and usually blamed for all behavioural issues, however, what is less well known is that your child is going through a complete re-wiring of their brain too.

Here are some tips to help you and your child make the transition from child to adult smoother and more fun:

Smoothing Out the Emotional Roller Coaster

As your teen’s brain is rewiring itself, it’s hard for them to control their emotions. Instead of telling them to control themselves, you should focus on maintaining your emotional state, becoming the model of emotional maturity. If you set the example, they are more likely to follow suit.

Let Them Sleep In

It’s really important that your teenager rebels, as it means that they are stepping out of their past child persona and stepping into their new adult personality. You should accept their values, but also insist they respect yours.

As you know that your teen will reject your values and won’t do what you ask, by changing your linguistic pattern, it will trigger their rebellious steak to have them do exactly what you want.

Start Treating Them as Adults

If you want your teen to listen to you, act maturely and treat you with respect, you need to treat your teen in the same way. Treating them like an adult also means apologising if you get something wrong.

Give Them Responsibility and Make Them Accept the Consequences

By giving your teen responsibility and allowing them to experience the consequences of their actions, it means that they are less likely to face problems such as getting into debt later in life.

Focus on the behaviour, not the person, e.g. say something like, “For such a smart person, that’s a really dumb thing to do,” it scrambles their mind so they only hear they are smart, which means they are less likely to do it again.

Let Them Know How You Feel

When they behave in a way that you find unacceptable, rather than simply judging them, getting angry and telling them that they are wrong, let them know how that made you feel. 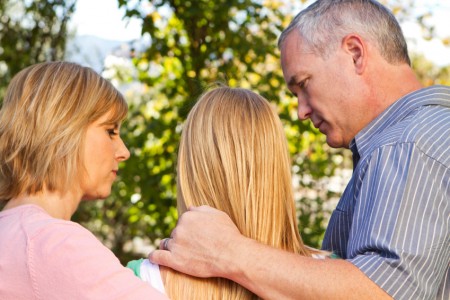 Mark the Transition to Adulthood

One of the problems with teenagers is that it’s not really clear where they fit; they are neither children nor adults. To overcome this, choose a particular age which marks the point where they are entitled to more adult responsibilities and freedoms.

How to Stop the Constant Demand for Money

It’s really important that your teen learns the value of money. To avoid the constant arguments about how much money they can have or “borrow”, create a system of financial rewards for behaviour and chores.

Be Aware That You Are Also Changing

Finally, as your child grows up, the family dynamic changes. Your role as the adult will change as you both become “equals”. This can be challenging for many parents, so it’s a good idea to cultivate a strong sense of who YOU are beyond simply “mummy”.

Tags:  parenting skills teenagers
This entry was posted on Thursday, July 12th, 2012 at 9:27 am and is filed under Blog, Parenting Skills. You can follow any responses to this entry through the RSS 2.0 feed. You can leave a response, or trackback from your own site.