New national opinion poll reveals that 71% voters think there should be a national guaranteed minimum entitlement to bereavement leave for close family members
Lucy Herd, who tragically lost her toddler son in 2010, has achieved a major step forward in her campaign to bring to Parliament’s attention the fact that grieving parents are only entitled to three days unpaid statutory leave if their child dies. 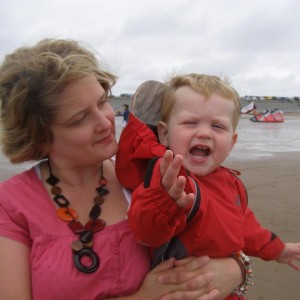 In Prime Minister’s Questions, on 20 November 2013, David Cameron was asked by Tom Harris MP if he would consider amending the Employment Rights Act 1996 to “give British parents the legal right and time to grieve.” The Prime Minister replied that this was an “important issue” and he was “happy to look at that, having suffered the experience myself”.

This breakthrough in Lucy’s campaign comes in the same week that a national poll by Survation Ltd, commissioned by the Change Bereavement Leave campaign, reveals a general lack of knowledge on this issue amongst the general public:

Lucy Herd’s, 23 month old son, Jack, drowned in their garden pond in August 2010 when Lucy had taken her eyes off him for just a short moment.

She was to discover that as a bereaved parent her then-partner could take just three days unpaid leave off work – one of which had to be for the funeral. Any additional time was to be taken as either sick leave or holiday.

In the immediate aftermath of the death parents have to cope with their own loss, the grief of their wider family, including other children, as well as a vast amount of administrative and other arrangements such as inquests and post mortems.

“A year off for the birth of a child and three days off for a child’s death is an inhumane anomaly and I ask for your help to get this changed,” said Lucy Herd. ““David Cameron acknowledged he was able to take two weeks off after the death of his own son, but sadly not all parents have sympathetic or understanding employers or can afford unpaid time off. We would like to see four weeks of paid bereavement leave for parents.”

Tom Harris MP for Glasgow South said: “I’m grateful to Lucy for the terrific work she’s done to highlight this issue. Most people are unaware that there is currently no right to bereavement leave for parents. This is an injustice that Parliament needs to address. I was pleased that at Prime Minister’s Questions on Wednesday, David Cameron responded positively to me and seemed keen to consider a change in the law.”

TUC General Secretary Frances O’Grady said: “Thinking about how they might cope following the death of a close family member is clearly not something many of us want to spend much time contemplating. Most people will be surprised to learn that unless they have an understanding employer, they may not be able to take much time off work following a death in the family, and if they are, any compassionate leave will almost certainly be unpaid.

“Coping with the sudden loss of a loved one is traumatic enough without having to worry about work too. The government should do the right thing and give people a legal right to paid time away from their jobs after someone close to them has died. Employers can also help ease the upset of their bereaved employees a little by being more generous depending on someone’s individual circumstances – for example a parent coping with the sudden loss of a child is likely to need much more time off work.”

Damian Lyons Lowe, Chief Executive of Survation said: “Our polling shows that only 15% of the public are aware of the current lack of any guaranteed period of bereavement leave, whilst double that, 31%, wrongly believe there to be at least four days of statutory bereavement leave.

The poll reveals that there is strong support across the supporters of all political parties for statutory right to bereavement leave.

A petition has been started on Change.org on this issue.

Poll based on a sample of 1,508 British adults, conducted from 27th – 29th September 2013. Data was weighted to the profile of all British adults, by age, sex, region, household income and 2010 vote. Survation is a member of the British Polling Council and abides by its rules.

Mr Tom Harris (Glasgow South) (Lab): Bereaved parents coming to terms with their loss have no right to paid employment leave, which forces many of them to go back to work far too soon after the death of a child. Will the Prime Minister commit to amending the Employment Rights Act 1996 so as to at last give British parents the legal right and the time to grieve?

The Prime Minister: The hon. Gentleman raises an important issue, and I am happy to look at that, having suffered that experience myself. As a Member of Parliament, it is possible to take a little bit of time to stand back and come to terms with what has happened, because colleagues and the people who help us are ready to step in and do what they can. He has raised an important point; let me look at it and get back to him.

Change Bereavement Leave. What does the law say today?

At present, parents may be entitled to “Time off for Dependants”. This is a legal right to unpaid leave to cope with family emergencies. Although there is no upper limit to the amount of time specified, it should be “reasonable” and should only be the amount that is “sufficient” to deal with the situation.

Directgov guidance says “There’s no set amount of time allowed to deal with an unexpected event involving a dependant – it will vary depending on what the event is but for most cases one or two days should be sufficient to deal with the problem.”

How many parents are affected?

The most recent ONS child mortality statistics show a total of 9,823 childhood deaths per year (2,012 deaths of children aged 1-14 and a further 7,811 deaths of children under one year old.) Some parents whose child is under one year old may be still on maternity or paternity leave and will not need the additional protection of bereavement leave. Other parents who lose a child may not be employed.

There are clearly costs to employers, but the number of parents who may be entitled to this new leave is small.

Lucy is working with the Grieving Dads Project in America who are campaigning Congress for a similar change. Here is their petition.

Lucy is in the process of setting up a charity in Jack’s memory called Jacks Rainbow. It will help other families with 24/7 support and funding for holidays to try and create new memories for the family and she is also planning a campaign in the summer to highlight the danger of garden ponds.

This entry was posted on Monday, November 25th, 2013 at 3:57 pm and is filed under Blog. You can follow any responses to this entry through the RSS 2.0 feed. You can leave a response, or trackback from your own site.