The gloomy economy is impacting on a couple’s financial ability to fund a divorce. News this week from The Law Gazette says that: The dire state of the economy has already led to a dramatic increase in the number of litigants in person, new figures from a voluntary organisation suggest. This is before government cuts to civil legal aid come into effect, which many solicitors predict will trigger another huge rise. 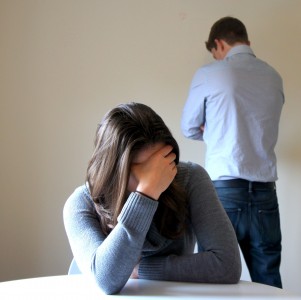 The Personal Support Unit (PSU), whose volunteers work in courts to provide ‘practical and emotional support’ to litigants in person, has revealed caseload figures to the Law Gazette. They show a 19% increase in the eight months to 31 August in cases it supported in the Principal Registry of the Family Division, London’s main family court, compared with the previous year.

Cases in the Manchester Civil Justice Centre were up 89% on 2010 in the four months to 30 September. Source http://www.lawgazette.co.uk/news/litigants-person-numbers-soar

In addition to this, there has also been a significant financial impact as a result of banks tightening up on providing loans to fund divorce cases. In the past, divorcing couples could approach banks such as Coutts, Barclays and HSBC to fund the cost of divorce litigation, but many have withdrawn litigation loans or hiked their rates to up to as much as 17%. This is having a particular impact on women, who frequently have much more restricted access to their own source of income and have to resort to turning to friends or family to borrow the money required.

There are cheaper online divorce solutions on the market, but these have attracted wide criticism, particularly from the legal profession because of the lack of professional advice which can lead to catastrophic results.

With the legal fees of even a relatively straightforward divorce costing in the region of £20,000 (or even £40,000 if it ends up in court), it’s no surprise that many unhappy couples are trapped in a dead marriage by their financial situation – either they simply can’t afford to pay the costs or they don’t want to erode their assets in legal fees.
One solution to this is www.intelligentdivorce.co.uk – an online service funded by two family lawyers – the difference being the site’s service provides legal advice and mediation from a team of barristers as part of their service, which gives couples the peace of mind of knowing how a court would view the agreement they’ve reached. The service doesn’t break the bank either at just over £1600 for a couple.

The idea, pioneered by two of the UK’s leading family lawyers, will no doubt be a particularly appealing option for the “squeezed middle”, who have some assets (such as equity in the home, pensions and ISAs ) but who cannot afford to dissipate 10%-20% of that wealth in legal fees.

In a traditional divorce much of the time charged by a solicitor is spent gathering information about a couple’s finances. This task can now be completed by the clients themselves, using the step-by-step guidance on the Intelligent Divorce website. Once the full financial picture is clear, couples using the ‘co-operative’ service will get a legal opinion from an experienced family law barrister as to what a court would view as a ‘fair’ split.

The couple can then use this advice, along with the tools on the site, to agree an amicable and legally fair division of their assets. Equally, where one half of a couple uses the service on their own, they can use the barrister’s opinion as a cost effective way to settle with their ex-partner, knowing that they are negotiating based on professional knowledge.

The cost for an individual to obtain bespoke legal advice from a barrister about their case (the ‘solo’ service) is fixed at £780 (incl VAT). The co-operative service is fixed at £1,630 (incl. VAT) for a couple, which includes the drafting of a consent order (the legally binding version of the couple’s eventual agreement), and help filing their divorce in court* – a huge saving compared to the traditional lawyer-led routes.

According to the site’s founders, James Roberts and Mahie Abey, there are several clear benefits of using this route: “Intelligent Divorce’s service is ‘fixed cost’, unlike using lawyers where legal costs can easily spiral beyond the initial estimate. It is these ‘unknown costs’ that lead many couples to sit tight unhappily whereas the best route for them is to agree an amicable split. The timescales for the process itself can also be reduced dramatically, from around a year if the couple go to court, to just 2 months to complete the process via our site.”

This entry was posted on Friday, October 21st, 2011 at 9:26 pm and is filed under Blog, Parenting Skills. You can follow any responses to this entry through the RSS 2.0 feed. You can leave a response, or trackback from your own site.