Here is another touching and inspirational interview with a mum bringing up a child with a disability. 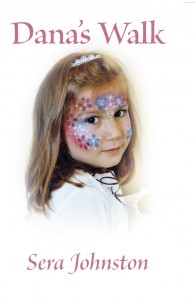 Sera Johnston has recently published her book “Dana’s Walk” (£10.99 Ecademy Press), a personal and true story of what it is like to bring up a child who has a disability. In this book, Sera shares the life story of Dana, her 14-year-old daughter who is living with Spastic Cerebal Palsy. Due to her disability, Dana found it increasingly difficult to do basic activities such as standing, sitting and walking, however, Sera never gave up to make Dana’s life better. 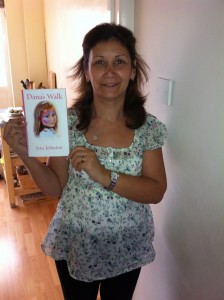 Q. Why did you decide to write a book?

A. I decided to write the book after seeing the difference in Dana following an operation in August 2011. In a way it represents closure on Dana’s previous life as her new life began on the 4th August 2011. Since diagnosis at age 13 months, Dana has been through a minefield of systems ranging from schooling to the NHS. Each with its own protocols and regulations, all alien to us as parents and all given to us as a matter of fact, without any support. We had to learn, as parents, fairly quickly the terminology and the endless amount of processes which had to be followed together with paperwork. Suddenly Dana was just a number and not an individual. I felt very alone; friends with children did not understand as I couldn’t share my worries. I was now in a world of disability and they were in a non-disabled world. If this book helps one parent in a similar situation, hopefully they will feel and think differently. 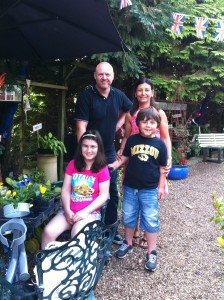 A. When Dana was younger and in a buggy, it was much easier as she could be carried and also she was able to walk with stick. As she started to get older, her body was changing as the spasticity (stiffness in muscles) was starting to affect her posture and procedures were performed to correct this. What I didn’t know then and I do now is, until the spasticity is reduced or removed, these procedures are merely a ‘sticky plaster’ over the issue. School life was spent in a wheelchair as were days out. Every outing had to be planned, nothing was ever done spontaneously which was frustrating.

Q. How was the disability diagnosed?

A. When Dana was nearly a year old, we started to notice that she was not at the same stage as her peers. Being new parents we put this down to the fact that all children develop at their own pace and that you cannot compare. Despite that there was just a small niggle that did not see to sit right. When Dana was just over a year old, her care professionals referred her to see a child paediatrician. After two appointments we were told that Dana had Cerebral Palsy. There was no explanation about the condition or impact it would have on all of our lives moving forward. We left the clinic in shock and dismay.

Q. Looking back what advice would you give yourself knowing your child has just been diagnosed with a disability?

A. Research, Research, Research. Understand the disability and particularly how this affects your child. This allowed me to understand specifically what the health professionals were talking about and look at ways how I can help. Trust your instincts, if something doesn’t feel right, explore and if appropriate act on it. Also if something feels right, explore and if appropriate act on it. The important thing is not to ignore it. Allow your child to gain a range of experiences, some may seem impossible, yet there is always a way with some flexibility. Dana attended ballet classes, although she walked with sticks and was unable to run around, she thoroughly enjoyed being part of the class and being dressed in the full ballet outfit. Sometimes the smaller things make the biggest difference. Know at times you will feel down, that’s ok, acknowledge this and know it’s also ok to ask for help. Your child is unique and there is no one like them in this world, do not compare your child with others. 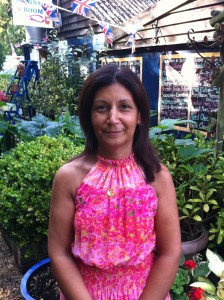 Q. What prompted you to consider this treatment and why the USA?

A. We had searched for treatments throughout Dana’s life which would help with the disability and ultimately enable her to walk. The fact was until the spasticity is reduced or removed, the body will deteriorate. Ironically we only found out how much spasticity has no benefit to the body in 2011. Selective Dorsal Rhizotomy (SDR) was made aware to us through a friend who’s child underwent the operation. From the moment we knew the benefits, we knew it was the only real choice we had left to us and we owed Dana a last chance to make a difference to her life. SDR had been a procedure that had been refined in the USA over 25 years and they had over 2000 patients with 100% of treatments being successful in reducing the spasticity. The operation itself had major risks such as paralysis, spinal leak and incontinence, so we knew that we wanted the best to carry out the procedure, and the best was Dr T S Park, Chief Neurosurgeon at the St Louis Children’s Hospital, Missouri, USA.


Q. If you had 1 million pounds what would you do with it?

A. If I had 1 million pounds, I would help other children go through the treatment and achieve their dreams. Unfortunately, even though the SDR procedure is being carried out in the UK, families are struggling to get the funding. I don’t want other families to have their child’s lives limited. I’ve seen some amazing results where children are now able to run and dance since the operation. You can’t put money on that joy.

Q. What do you want Dana to have achieved in a year from now?

A. I would like to see Dana increase in confidence the way she has already since the operation. I’d like to see her confident in her ability and become the independent young woman she deserves to be.

Tags:  disability mum's testimonial
This entry was posted on Thursday, November 22nd, 2012 at 9:38 am and is filed under Blog, Parenting Skills. You can follow any responses to this entry through the RSS 2.0 feed. You can leave a response, or trackback from your own site.