DADS TAKE ON CHILDCARE DUTIES IN ONE IN SEVEN UK HOUSEHOLDS

Dads are the main childcare provider in one in seven (14%) UK households with dependent children, according to new research from life insurer Aviva. The study suggests at least 1.4 million* men in the UK, now take on the role of the ‘primary parent’. 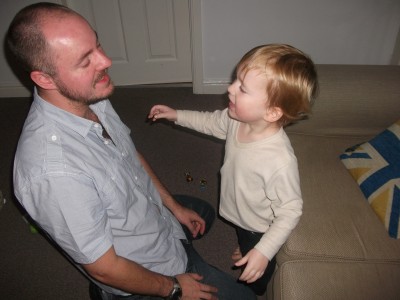 A further 25% of families with children under 18 say the childcare is shared equally between both parents. This is up from 18% in 2010 when a similar study by Aviva revealed that stay-at-home dads had risen ten-fold in the last 10 years.

The survey also showed that more than a quarter of dads (26%) either gave up work or reduced their working hours after the birth of their children, and 44% regularly look after their children while their partner works.

And while many dads seem to relish the time they spend with their children – 43% feel lucky to have this opportunity – financial factors also play their part. When determining who would look after the children, 46% of families said their decision was so the main income earner could keep working.

This is borne out by the growing trend of breadwinner mums. A quarter of women surveyed (25%) said they earn more than their partner, while a further 16% said they earn roughly the same as their partner. Alongside this, over the past four decades, the number of women in employment has increased from 56 per cent in 1971 to 70 per cent in 2008, while for men, employment fell from 92 per cent to 78 per cent over the same period.

While most role reversal couples seem happy with their alternative arrangements, a small number of hands-on dads admit to a few minor niggles:

· A small number (5%) report that their parenting / working arrangements have caused arguments with their partners.

* ONS data shows that in 2010 there were 10.2 million married or cohabiting couples of different genders with dependent children. Fourteen per cent of this figure equates to 1,428,000 fathers who are the primary childcare provider.

Tags:  childcare dad daddy
This entry was posted on Sunday, October 30th, 2011 at 7:20 pm and is filed under Blog, Childcare. You can follow any responses to this entry through the RSS 2.0 feed. You can leave a response, or trackback from your own site.