COMPANIONSHIP, KIDS AND FINANCES – FAMILIES USE CARS TO PLAN FUTURES AND CONFESS FEARS

Family car trips are fast becoming the location for ‘quality time’, as families use car journeys as an opportunity to spend time with their loved ones, reveal their worries and make plans according to the recent Secret Lives of Cars research.

The new report recently released found that drivers discuss emotional topics in cars, with relationships (37%), family (34%) and money worries (30%) being top of conversation lists. The intimate and secure space of a car, combined with uninterrupted time together encourages motorists to express themselves. Chats are safe from prying ears and feel more confidential. In-car confessionals bring people closer, according to a quarter (26%) of the drivers surveyed.

Parents use time in cars to have conversations with their children about difficult topics such exams (38%), school reports (32%) and bullying (22%). Teenagers should be aware however, that parents are pre-engineering important conversations in advance, with 30% of parents choosing the car as the place to give their teenagers relationship advice. Additionally, children admitted that they find it easier to talk to their parents in the car as they are talking to the backs of their heads and the lack of eye contact makes it easier for them to approach difficult topics in the car.

Dr Simon Moore, Principle Chartered Psychologist, London Metropolitan University and author of the report commented: “For younger children sitting in the back seat, the headrest and driving seat acts as a physical barrier to their parents and can make the child feel their parent will be less confrontational when reacting to news.”

Relationship issues and developments are often aired in cars. This is due in part to the position of the driver and front passenger being next to each other, making their bodies more harmonious and as a result the report found people find it easier to tackle difficult subjects with one another. The research found that one in 10 drivers has been dumped in a car and a similar amount have been proposed to in a car.

Car conversations also play host to money worries. Over a quarter of drivers bring up bills and savings and a further one in 10 get their debt concerns off their chest in the car. The report found that often as passengers are helping the driver with directions and other road risks, talking about money issues feels easier and less confrontational.

Dr. Simon Moore, London Metropolitan University concluded “Every journey has a beginning, middle and an end and families adjust their conversation topics to the length of their car journey. Many people believe conversations that start in the car stay there, so it’s perhaps advisable for drivers not to forget that some of what they reveal in cars may also be talked about outside of the vehicle.” 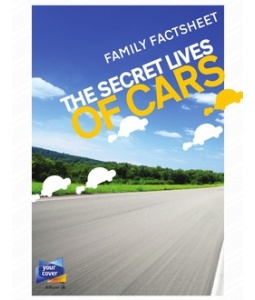 This research report was undertaken by Dr, Simon Moore, CPsychol AFBPsS of London Metropolitan University in September 2012. The research team spoke to 45 families from across the UK about their attitudes to conversations in the car. This was incorporated into the report with a survey of 1000 UK car drivers was carried out in August 2012 by 72 Point on behalf of Allianz.

Dr Simon Moore is a Chartered Psychologist who is an official media spokesperson for the British Psychological Society. Dr Moore has over 15 years applied research experience and has worked with such companies as Bupa, Sony, Universal Film Studios etc. He specialises in personality, emotion and human communication and has published books and journal articles as well as presented at International Psychology conferences.

Tags:  road safety travel with children Travel with kids
This entry was posted on Tuesday, October 23rd, 2012 at 12:02 pm and is filed under Blog. You can follow any responses to this entry through the RSS 2.0 feed. You can leave a response, or trackback from your own site.