Some of the Capital’s brightest creative talents have teamed up in a grassroots charity initiative called London United. The project, launched today will raise money for and support young people in London through the sales of a range of products featuring the London United identity. 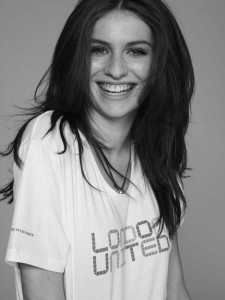 With London in the news for a number of wrong reasons over recent months, London United was founded with a desire to do something positive for London and, most importantly, young people representing the spectrum of cultures and nationalities living in the city.

The ‘London United’ identity has been created by acclaimed artist Robi Walters and will be launched with its first products, a specially commissioned Ted Baker branded T-shirt available across all Ted’s London stores and online from November 28th. A second series of Ted Baker products is planned for Spring 2012. 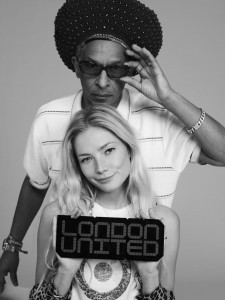 Exposure CEO, Raoul Shah comments: “As London became the spotlight for disaffected youth, mindless criminality and urban unrest, it was apparent that we, as Londoners, have a limited and sometimes detached view of the reality of what living in the Capital can be like. It’s a big city with global reach. It is also home to hundreds of cultures and nationalities spread across the city’s 32 boroughs. The city is rich in diversity, but sometimes poor in equality. When you’re one out of eight million it can be both challenging and hostile. Yet we love London. It’s home. And home is where we wanted to make a difference. A difference to those who need more rays of light to help them focus on a positive future. And so the idea of ‘London United’ was born. An idea to celebrate our love for London, and the need to address some of the fundamental issues that face young people in the city.”

The Mayor of London Boris Johnson commented: “This summer’s shocking disturbances had a profound impact on businesses and the lives of local people. But as this great new project illustrates, it also brought out the true spirit of London, with individuals and communities coming together to look out for others, it is this positive energy that we want to harness through my Team London volunteering scheme. I hope London United will aid and inspire young Londoners, so they go on to be creative, entrepreneurial and the very best that they can be.”

To launch the London United initiative, Exposure commissioned acclaimed photographer Chris Floyd to capture a diverse group of Londoners an exhibition of which opens at The Exposure Gallery on November 10th. Individuals including Jazzie B, Andrea Oliver, Don Letts, Remi Kabaka, Wayne Hemmingway, Tali Lennox, Clara Paget and David de Rothschild all made time to attend the shoot and provide their support.

The London United t-shirt will be available to purchase in all of Ted Baker’s London stores and additional locations including Selfridges, Harrods, House of Fraser and www.tedbaker.com, with all proceeds being donated to charity partner London Youth. The t-shirt is available in unisex sizes small to xx-large priced at £35.

London Youth is a vibrant network of 400 community organisations serving young people and their families in every London borough.

“We’re here to help young people be the best they can be. We help our member organisations increase their effectiveness by training youth workers, providing information and supporting organisations to achieve the London Youth Quality Mark. (Last year, we trained 420 youth workers and worked with City and Guilds to achieve national accreditation for our work on quality standards.)

We work directly with young people, innovating and delivering projects in partnership with youth clubs to create opportunities that a single community-based organisation working alone could not. (We do this in London through programmes focused on sport, youth leadership, youth crime, employability and volunteering – and out of town at our two residential training and outdoor education centres, Hindleap Warren and Woodrow High House, where we also run a specialist disability programme, Activenture.)

We advocate on behalf of young people and youth workers – ensuring the daily experience of on-the-ground practitioners informs the thinking of powerful policy makers and funders. (In 2010, for example, we led a coalition of 14 London and major national charities to develop United We Stand, a manifesto for the London elections).”

This entry was posted on Friday, November 11th, 2011 at 1:34 pm and is filed under Blog. You can follow any responses to this entry through the RSS 2.0 feed. You can leave a response, or trackback from your own site.