Will this be your last New Year diet ever?

So, it’s New Year resolution time again!  How many people begin the year with the same old weight-loss resolution and say to themselves  ‘This will be the last time’.

An estimated 25 million people will start dieting again on January 1 in the hope that this time it will somehow, be different, that they’ll lose weight and keep it off for good.  Sadly, all the evidence proves that for the vast majority of people dieting is doomed to fail.

One of the hardest concepts for many people to grasp is that losing weight is really all about what goes on in your head, not what’s happening to your waistline.

Here are the six things we think people really ought to know before they start another diet in the New Year.

SEEING all those magnificent marathon runners made me think about what drives them to take up such a huge physical and mental challenge. My dictionary defines motivation as “the desire or willingness to do something; enthusiasm” but that hardly begins to describe what it must take to run 26 miles and 385 yards around London on a hot day – or to train relentlessly week after week on lonely solo runs.

Motivation is about a whole lot more than desire, willingness or enthusiasm. It comes from deep within the most powerful recesses of the mind and is at the root of much of what we do – or don’t do – in our lives.

Why Our Addiction To Sugar Is All In The Mind 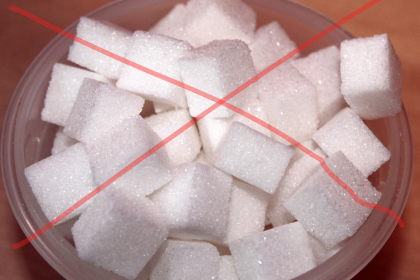 CUT your daily sugar intake by half! That was the advice recently from the World Health Organisation, which woke up belatedly to the planet’s mounting weight problem. But how much is half? Trying to find the answer to that is so exhausting you might need a cup of hot sweet tea afterwards!

Falling Off The Diet Wagon? Here’s Five Facts About Weight Loss That Explain Why

DON’T want to be a killjoy, but did you know that research shows the first week in February is when most women ditch their New Year diet because they can’t hack it any more? It’s about now when willpower turns into won’t-power and all our resolutions go to pot.

It’s estimated that 15 million Britons are on a diet at any one time. That’s one person in four! Funny how so many of us diet year after year even though we know that any weight we lose will go back on again as soon as we stop.

Train your brain to eat less and lose weight

HERE’S two amazing things about the way we live:

One: Most women who go on a diet give up after five weeks and two days.

Two: Over half a million people who join a gym in January stop going within months.

Why do we behave this way?