Find out about Dory & Friends at Sea Life Brighton 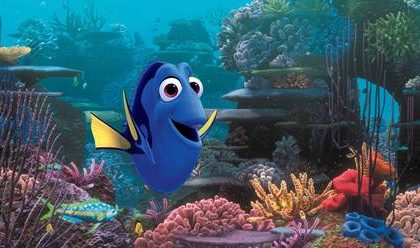 Sea Life Brighton has teamed up with Disney Pixar to enable its visitors this summer to share the excitement of Finding Dory!

Special Finding Dory events will be hosted from 16 July to 11 September 2016 at the 12 Sea Life centres in the UK and Ireland.

Visitors will be led on an interactive trail inspired by one of the new movie’s star sea creatures Hank (voice of Ed O’Neill), a cantankerous octopus (who is actually a septopus!).

Set within the upper grounds of Arundel Castle, Living History Days will be an opportunity to meet a variety of historical characters, such as a Knight, Pirate and Medieval Surgeon. Visitors can also enjoy have-a-go at archery, fencing and medieval skittles. Certain days will also include falconry, face painting, and a puppeteer. (Please note – for have-a-go fencing or archery a lower age limit of 8 years of age applies and a height restriction may also apply.) 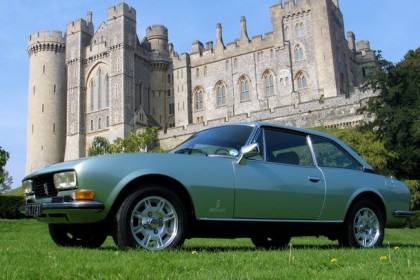 Following on from the success of last year’s event, Arundel Castle will again provide the backdrop for a gathering of a wide variety of Classic Cars from days gone by and Super Cars of all ages. Vehicles on display are likely to include Alvis, Bentley, Austin Healey, Hillman, Jaguar, Lea Francis, Porsche, Peugeot, Morris, Ferrari, Citroen, Mazda, MG, Wolseley, Riley and many more, representing various local clubs and of course several individual entries. The Sporting Bears, Southern Region will be in attendance providing the additional thrill of exhilarating rides in some stunning super-cars, at the same time helping to raise money for the events chosen charity, The Arundel Group of the Riding for the Disabled Association. 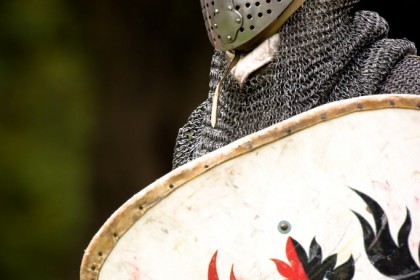 12th century Knights and Crusaders will meet in preparation for the long journey to the Holy Land. A tournament of combat and archery will be held on the upper grounds of Arundel Castle, set beneath the 12th century Keep and oldest part of the Castle. A tented encampment will include a variety of crafts and demonstrations of the period, and include a falconry display, a story teller and have-a-go archery for over 8’s. There will be plenty for visitors to see, experience and learn during this fun-packed weekend. 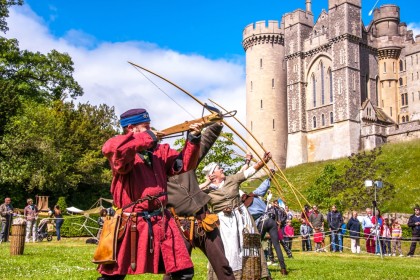 The Knights, Squires, Archers and Men-at-Arms of Raven Tor will meet in Tournament over this June Weekend. With competitors using a variety of weapons, the free-style fighting of the combatants will be the nearest reproduction of tournament combat seen outside of the 15th century. With a story teller, falconry and archery display and a tented encampment, there is plenty to see and experience over the weekend.