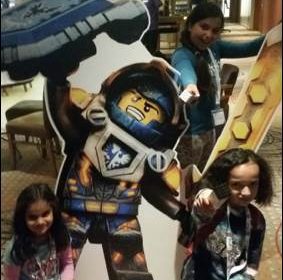 I had the chance to attend the launch of the New Lego Nexo Knights sets and movie at Legoland Windsor resort with my friend Frankie from school as well as my sister Lilly.  We joined the party and enjoyed the rides at the park, which were extremely exciting.

We made the most of everything from top to bottom, including  the full of activities party at the beginning of our journey. There, Frankie , my dad and I tested and played with the new Macy’s Thunder Mace which has a cool rapid-fire stud shooter and experimented with the Aaron’s Aero Striker, staging a proper aerial battle between Knight and the Ash attacker. So much fun! 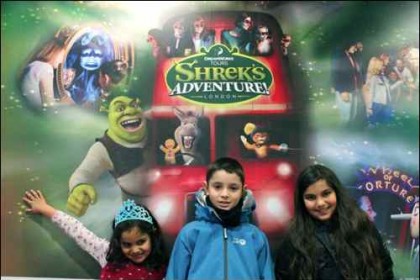 Hi I am Amelie, a regular child reporter from the London Mums Kids Club. I recently went to review new attraction Shrek’s Adventure London together with my younger sister Lilly (also becoming a child reporter) and my friend Diego (who is already a very experienced vlogger and reviewer). I have vlogged about this Shrek-tastic experience. 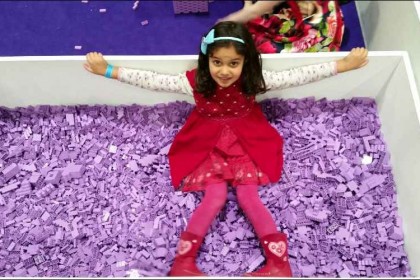 Are you a crazy Lego fan? If you are, then jump in and adventure a world of activities and creations!  At Brick 2015, the biggest Lego Show in Europe, there is a whole world of Lego sculptures and exhibitions. And best of all, there are three building areas with different coloured bricks to play with: purple, red and blue. I enjoyed building with them so much! 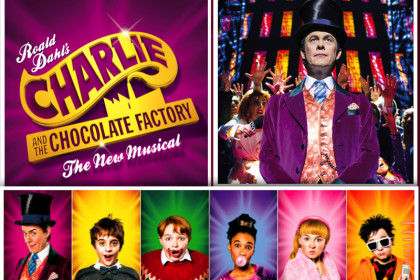 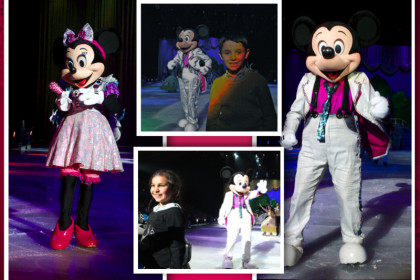 Hi I am Amelie. I am back reporting for the London Mums magazine and this time from my favourite show ever: Disney On Ice presents Magical Ice Festival. I was so lucky as I was picked with my friend and also child reporter Diego to ride along in a special cart during the Rapunzel segment and I can tell you that it was amazing to see the show from the inside.