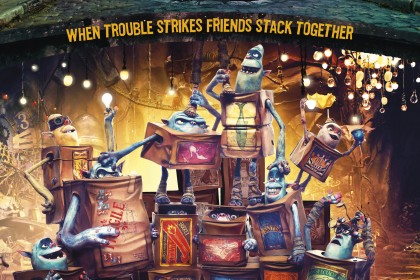 The morals we took from The Boxtrolls film was ‘don’t be afraid of who you are and not to judge anyone unfairly’. My two boys, aged 5 and 8 liked the film a lot and discovered 3D for the first time thinking it was the greatest invention. The Boxtrolls characters were very ugly but had hearts of gold. The way ‘Fish’ looked after ‘Eggs’ as a baby and showed him how to make use of everything that was thrown away and to protect themselves from evil in the town.

What’s all the fuss about Minecraft?

“Minecraft is a building game,” says my 5 year old son…”and surviving from the creepy monsters!” added his brother, aged 7. Ever since their older brother, aged 19, introduced this Mojang game to them, a year ago, they have been fans. They love the building and construction, mining the materials like iron, cobblestone, Redstone, Diamond and Bedrock, to survive and create villages, castles, rockets, ships, aeroplanes and trains within many virtual worlds.