The start of World Space Week (4 and 10 October) makes me think about all the inspiration that the children from our Kids Club and I got from visiting New Scientist Live last weekend. 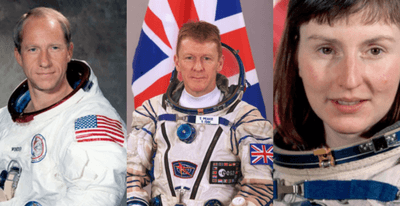 New Scientist Live 2017 brought together, for the first time on the same stage, three legendary astronauts from different eras. Tim Peake is the first British European Space Agency astronaut. He spent 185 days on the International Space Station from 2015-2016. Helen Sharman is the first Briton in space. She visited the Soviet Mir space station in 1991. Al Worden was the pilot of NASA’s Apollo 15, which landed on the moon in 1971. He holds the world record for being the most isolated human in history.

Each year, the World Space Week Association selects a theme for the upcoming World Space Week  to provide a focus of the activities and events that take a place throughout the world and this year’s Theme is “Exploring New Worlds in Space”. 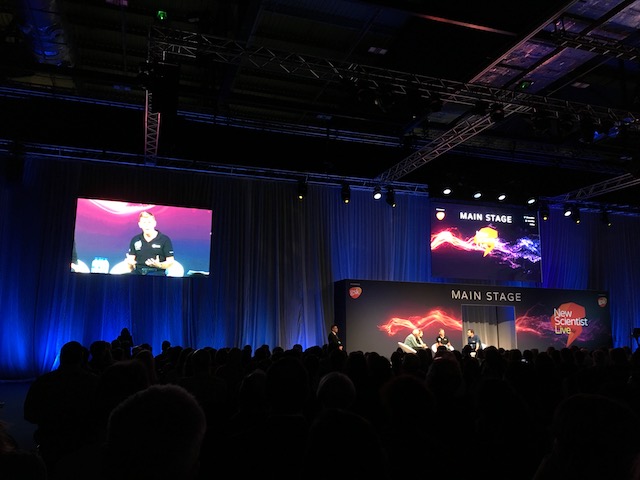 The 2017 World Space Week Theme is an outward facing theme that serves to inspire the World and puts as a focal point astrobiology missions like New Horizons (NASA’s first mission to Pluto and the Kuiper Belt); feats on engineering such as Lockheed Martin’s Orion Multi-Purpose Crew Vehicle (NASA’s first spacecraft designed to facilitate long-duration, human-rated deep space exploration of new worlds) and efforts of New Space actors such as Space X (revolutionary space technology projects with ultimate goal of enabling people to inhabit other planets like Mars) and other entities with a vision for exploration and utilisation of extraterrestrial resources, such as metals from asteroids, water from the Moon, and unlimited solar energy in Earth orbit. 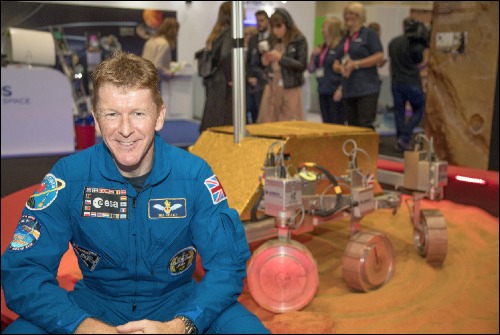 One of New Scientist Live’s recurring themes this year was the Mars missions the space communities around the world are unitedly working towards beyond all political conflicts. 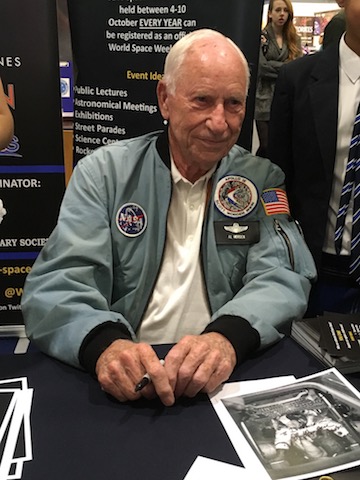 And to showcase this three iconic astronauts came together on the New Scientist Live stage to talk about their space missions and discuss how the international space agencies collaborate together to achieve a common goal which is the exploration of space to improve our knowledge of our own planet and ultimately improve our life on Earth. 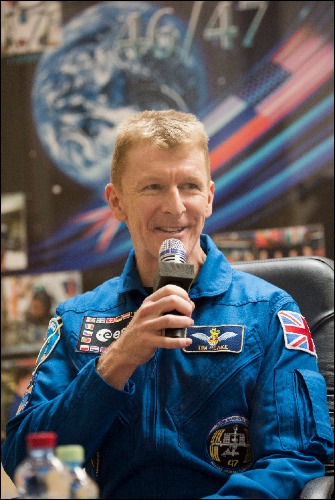 The astronauts’ talks were so inspiring for all generations present and for those to come.

Take a look at some highlights of these talks at the end of our vlog from New Scientist Live 2017.

Since its United Nations declaration in 1999, World Space Week has grown into the largest public space event on Earth. More than 2,700 events in 86 countries celebrated the benefits of space and excitement about space exploration in 2016. With the new Theme “Exploring New Worlds In Space” World Space Week organisers aim to inspire even more events around the world in October 2017.
You can get involved in World Space Week by checking official activities and creating your own local themed events. Visit sites such as www.bis-space.com/wsw/ and www.worldspaceweek.org for more info. 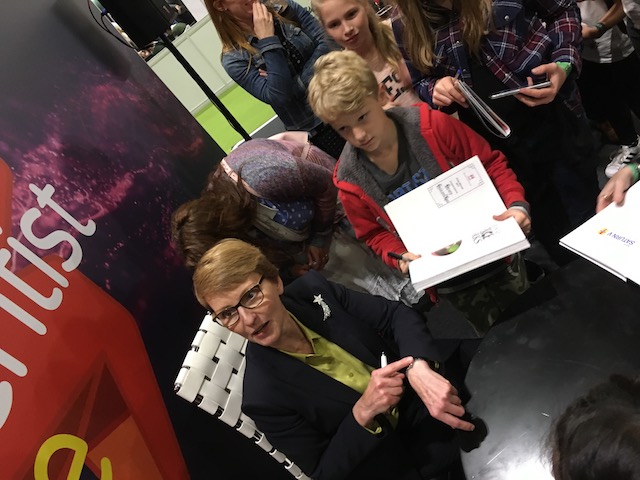 Helen Sharman talked to children and anybody who had a question about her space missions and her career as an astronaut.

If you are into space and science, after visiting New Scientist Live, you would want to start a new scientific subject at uni. If you thought you did not like science, this show will change your mind. For children this event is a must! So inspirational… meeting the astronauts was for me personally a unique moment.

The passion that comes through these scientists is epidemic.

While my 11 year old son Diego was busy going from a simulator test to the next, I had great chats with spokespeople of the Royal Aeronautical Society and the Royal Academy of Engineering. Only for this insightful information the event was worth attending. From the parental perspective I gained insights into potential careers for my son who has a strong passion for aerospace engineering. For example, I met representatives of big aerospace companies  that offer apprenticeships to passionate students after secondary school. This Is an alternative to going straight to Uni for the hardest working students.  They would get offered apprenticeship jobs in which they would learn different roles within a sector, then after some time they would be paid a part-time degree in the chosen technical profession with all tuition fees paid for.

New Scientist Live is most certainly the most insightful event for parents I have ever attended.

This entry was posted on Wednesday, October 4th, 2017 at 7:30 am and is filed under Activities. You can follow any responses to this entry through the RSS 2.0 feed. Both comments and pings are currently closed.