What’s all the fuss about Justin Bieber?

Well, a lot of us mums are going (or will soon go) with their children to concerts (or at least I would) that totally appeal to them and less to us. Let’s try to understand why young children and teenagers love Justin Bieber. 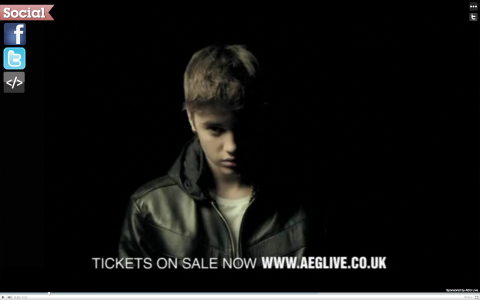 This is not rocket science, really. Justin Bieber is really a handsome child (if I was a teenager I would definitely fancy him!), he can sing, dance, he is famous and rich. He’s got it all, really. So no wonder he has a universal appeal and actually mums are probably the first to support this as he gives a positive, clean image of a young man to aspire to.

I am not very familiar with Bieber’s music as my son is only almost six and prefers Jessie J, Lady Gaga and JLS, but I am pretty sure that he will soon look at this teenager wanting to copycat him. It’s just a matter of time and I am ready for it.

Here is a taster of this kid that has really done well for himself. Huge congratulations to his mum, too, who raise Justin as a single mum.

For those London Mums interested in booking tickets for one of his concerts, JUSTIN BIEBER will be in London with his “BELIEVE” UK ARENA TOUR in FEBRUARY/MARCH 2013.

And here are some Justin Bieber facts (the ones that I found quite interesting, at least):

Justin Drew Bieber is 18 this year, he is Canadian, sings but more importantly he’s not just a pretty face as he also writes his own songs!

Bieber was discovered in 2008 by an American talent scount, who came across Bieber’s videos on YouTube. The rest is history.

He is only 18 but has received numerous awards, including Artist of the Year at the 2010 American Music Awards (when he was just 16), and was nominated for such accolades as Best New Artist and Best Pop Vocal Album at the 53rd Grammy Awards.

The fans called themselves “Beliebers”. 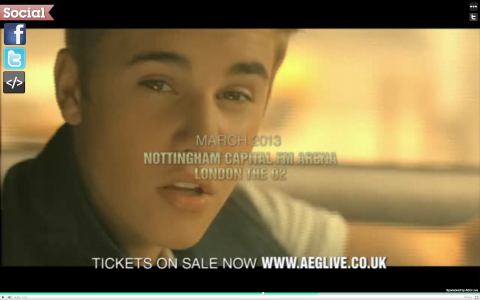 Justin Bieber has already 20 million followers on Twitter and was named by Forbes in 2012 as the third-most-powerful celebrity in the world.

He had earned an estimated US$55 million so far! Not bad for a child! Well done to his mum who came from a humble background and can now live a millionaire life!

Tags:  Justin Bieber teenagers
This entry was posted on Tuesday, July 10th, 2012 at 8:53 pm and is filed under Activities, Blog. You can follow any responses to this entry through the RSS 2.0 feed. You can leave a response, or trackback from your own site.