Review: Hamlet (for younger audiences) at the National Theatre

The latest performance of Hamlet at the  Dorfman, National Theatre (a small theatre inside the National Theatre) is Jude Christian’s energetic and engaging retelling for a younger audience (recommended ages 8 – 12 year olds) of Shakespeare’s most well-known tragedy. 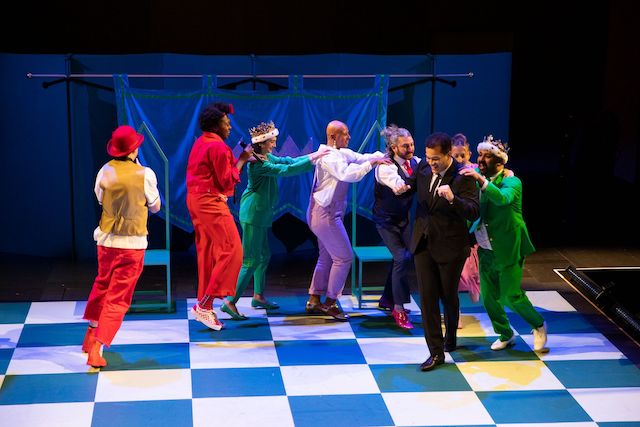 Hamlet’s dad is dead. His uncle has taken over the kingdom and married Hamlet’s mum. The whole world feels like it’s turned upside down.

A ghostly encounter reveals a dreadful deed has been done. Should Hamlet take revenge?

‘That is the question.’

As a parent, I truly enjoyed it as well, because it is a simpler and shorter version (it is only 65-minute long) enriched with contemporary music and with the use of colours in clothing to differentiate the characters.
The use of veils to represent the ghosts of the murdered characters is a gentle technique to make the tragedy less bloody and bearable to children. I particularly found the appearance of the king’s ghost to Hamlet interesting: that required four performers holding a moving veil. 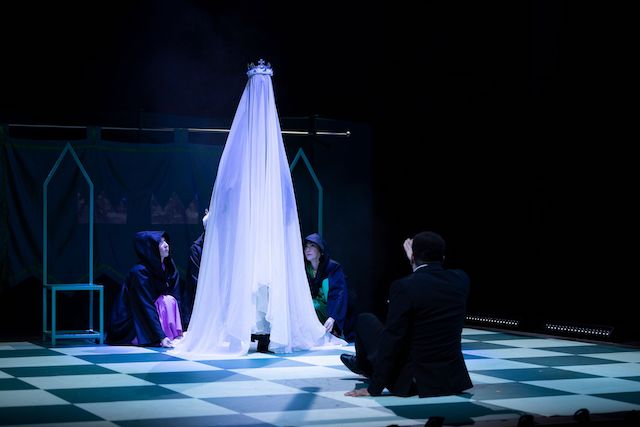 The actors interact with the young audience from time to time and that helps kids to feel drawn right inside the story.

And it’s not that Shakespeare’s tragedy is tampered down. Quite the opposite: killings happen on stage but the use of props makes it less shocking.

I highly recommend taking children to see this Hamlet as it is the best introduction to Shakespeare they will ever have. It is definitely worth a trip. Hamlet is at the Dorfman until 6 April 2022 and then touring to schools. Prices are very reasonable at £12, £15. Performance times at 11am and 1.30pm. 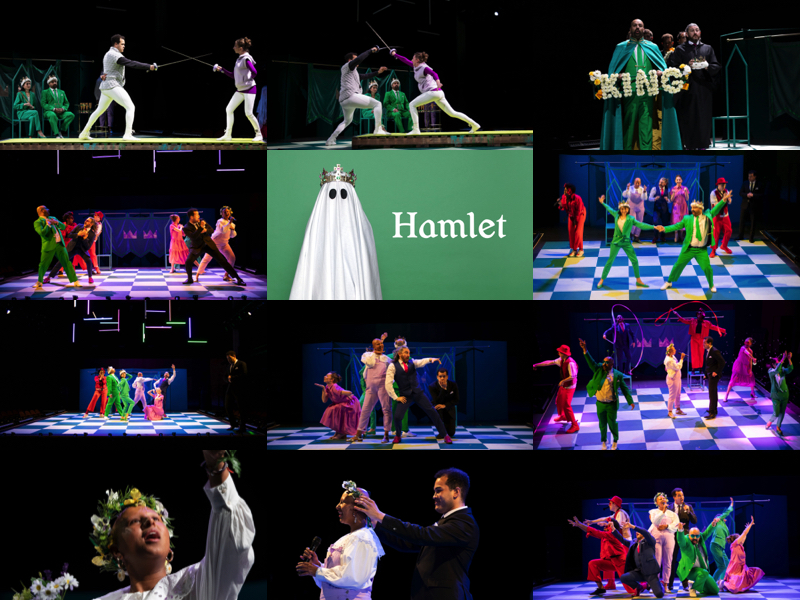 This entry was posted on Tuesday, March 29th, 2022 at 11:01 am and is filed under Activities. You can follow any responses to this entry through the RSS 2.0 feed. Both comments and pings are currently closed.