ONE IS NOT AMUSED: FOREIGN HANDBAG DOGS ROCKET AS QUEEN’S CORGI IN DANGER ZONE

Pug gives a shove to Queen’s Corgi, as ‘Frenchie’ pushes out ‘Westie’. Astronomical rise in small handbag dogs of foreign origin, such as the French Bulldog which is popular with celebrities and in the top ten for the first time. Queen’s favourite, Pembroke Welsh Corgi, one of many native breeds in decline and a further drop in 2013 likely to see it on the Kennel Club’s ‘vulnerable native breeds’ list for the first time by the end of the year. 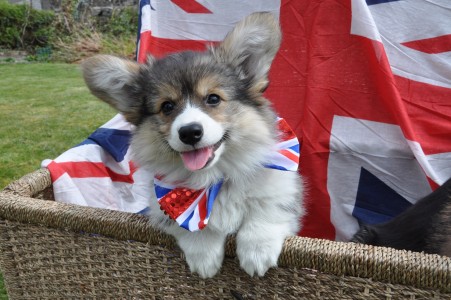 Popularity of British favourites such as the West Highland White Terrier and Cavalier King Charles Spaniel slashed in half, taking them out of the top ten
Most people buy on impulse and do no research about the right dog for their lifestyle. Kennel Club prepares for unique Discover Dogs event so that people can meet and learn about more than 200 breeds under one roof.

The shape of Britain’s favourite dogs is shifting dramatically as small dog breeds of foreign origin are dramatically rising in popularity, whilst native British breeds are rapidly declining, with some so unpopular that they could be at risk of disappearing from our street and parks.

New statistics released by the Kennel Club ahead of its Discover Dogs event which takes place at Earls Court on 9 and 10 November 2013, has shown that the French Bulldog has made it into the top ten for the first time. 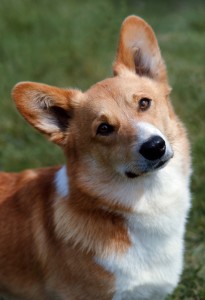 Meanwhile old favourites such as the West Highland White Terrier and the Cavalier King Charles Spaniel, which used to be in the top ten favourite breeds, have been pushed aside.

Some of the oldest native dog breeds have numbers so low that they are at risk of disappearing, with the Pembroke Welsh Corgi, owned by the Queen, looking likely to become a ‘vulnerable native breed’ by the end of the year, for the first time ever. Currently it is on the Kennel Club’s ‘at watch’ list, but with just 241 registrations so far this year it looks unlikely to reach the 300 registrations needed to stay off the vulnerable native breeds list.

Caroline Kisko, Kennel Club Secretary, said: “Small dogs are becoming much more popular and whilst in some cases this is because they may be a better fit for particular lifestyles, it is also because people are buying on impulse and going for the most obvious or fashionable choices.

“Discover Dogs is a unique event that lets people meet the wide spectrum of dog breeds, including those whose numbers are so low that they could be at risk of disappearing, so that they all get the chance of a look in. We particularly hope that people will take the time to consider the Pembroke Welsh Corgi as it looks set to become vulnerable by the end of the year.” 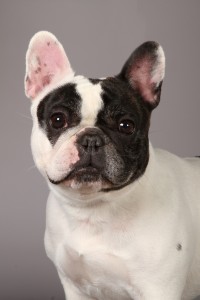 The French Bulldog (owned by the likes of Jonathan Ross, Reese Witherspoon and Hugh Jackman) is the breed with the biggest increase in popularity, with the Kennel Club seeing a 1232 percent rise from 2003 to 2012. The popularity of the breed shows no sign of diminishing, with new statistics revealing that registrations with the Kennel Club have risen by 50 percent in the first three quarters of 2013, compared to the same period in 2012. There have been 4,843 registrations so far this year, making it the seventh most popular breed in the UK.

This is followed closely by the Smooth Coated Chihuahua, which has risen in popularity by 700 percent between 2003 and 2012, and in the first three quarters of 2013 has risen by 21 percent, compared to the same period in 2012.

Other big risers in the popularity stakes are the Boston Terrier, Pug and the Long Coated Chihuahua.

Meanwhile, the native Boxer, West Highland White Terrier and Cavalier King Charles Spaniel, which frequently featured in the UK’s most popular breeds, have now dropped out of the top ten. The West Highland White Terrier has fared particularly badly and dropped in popularity by 60 percent between 2003 and 2012, now totalling fewer than 4,000 annual registrations. It has dropped by a further 30 percent in the first three quarters of this year, compared to the same period last year, managing just 2,390 registrations. It is now only the UK’s eighteenth most popular breed.

The Pembroke Welsh Corgi has fallen by another 14 percent in the first three quarters of 2013, compared to the same period last year meaning that it is unlikely to exceed the 300 registrations needed to keep it off the vulnerable native breeds list.

Other breeds already on the list that have fared badly in recent years, but which have seen a small revival so far this year include the Old English Sheepdog and the English Setter. The Old English Sheepdog has fallen by 41 percent over the last ten years (numbering just 429 registrations in 2012), but has revived by 17 percent in the first three quarters of this year, compared to the same period last year, with 321 registrations. The English Setter, which went onto the list in 2011 and then, after a slow rise in numbers in 2012 went onto the ‘at watch’ list, has also increased by 27 percent so far this year, compared to the same period in 2012, with 268 registrations.

This entry was posted on Wednesday, November 6th, 2013 at 9:00 am and is filed under Activities. You can follow any responses to this entry through the RSS 2.0 feed. You can leave a response, or trackback from your own site.