Despite being Italian, I never quite understood Opera singing until in my late Twenties. Now that I am in my Forties I totally love it and understand its meaning and appreciate the skills required to perform in an opera. 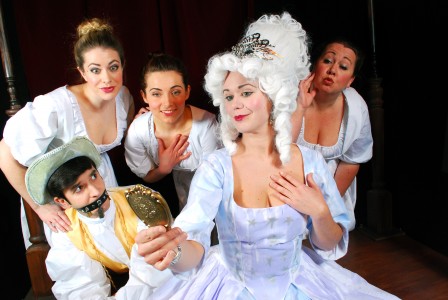 But I guess I have been lucky enough to have a family who loves Opera and always played it since I was born. Although it took me time to understand it, I was indirectly influenced by Opera music. That’s why I thought it would be a good idea to take my six year old son to see the Merry Opera’s The Magic Flute at the Riverside Studios last Sunday.

To my greatest surprised he absolutely loved it and I guess the reason for that is that the production at the Riverside Studios was very simple and a brilliant adaptation of the original Mozart composition. He eventually asked to go and see a ‘big’ opera, meaning a full orchestra opera at the Royal Opera House. I would recommend to start from an adaptation such as this one first, also because the subject of the Magic Flute is more suitable for young children than a sad classic opera such as La Traviata or La Boheme where death and tragedy are prominent. This is a great start in initiating young children to opera

Kit Hesketh-Harvey is well known for his cabaret (Kit and the Widow, Kit & McConnell) and his appearances on Radio 4’s Just a Minute. But he also has an established track record translating opera for the Royal Opera House, ENO and Opera North and has directed The Merry Opera’s sell-out productions of La Traviata and La Belle Héléne. Part-pantomime, part-opera, Kit Hesketh-Harvey’s new production re-lives The Magic Flute’s sublime music and triumphant opening night in 1791. Lofty divas and low comedians flourish. Watching closely are the shadowy forces of Freemasonry. 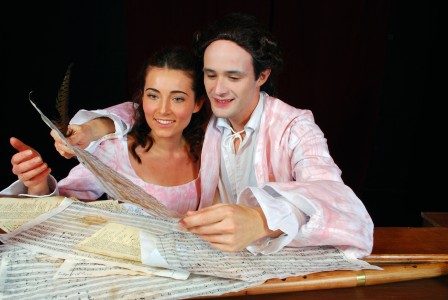 Family Ticket: £50 including 2 adults and 2 children or 1 adult and 3 children.

There’s lots of comedy, larger than life characters – wicked villains and queens, romantic leads and even a birdman – and some great tunes. It’s a great way for children to try out a ‘night (or even afternoon!) at the opera’. It can’t be booked online but all you need to do is call the Box Office on 020 8237 1111 and quote ‘Family Ticket Offer’.

Tags:  half term activities learning music live music music learning
This entry was posted on Friday, February 15th, 2013 at 9:05 am and is filed under Activities. You can follow any responses to this entry through the RSS 2.0 feed. You can leave a response, or trackback from your own site.