Nationwide children’s franchise and early years science programme, Mini Professors, partnered with The UK Space Agency last month in celebration of the 50th anniversary of the moon landing to deliver a range of special moon-themed science classes to children across the UK, in the lead up to the anniversary and throughout August.  In a bid to educate younger children on the power and impact of scientific innovation, the lessons highlighted the achievement and milestone of the moon landing itself but with a focus on the science of the moon, how it was formed, how it moves and why it has craters on its surface and a weaker gravity than Earth. 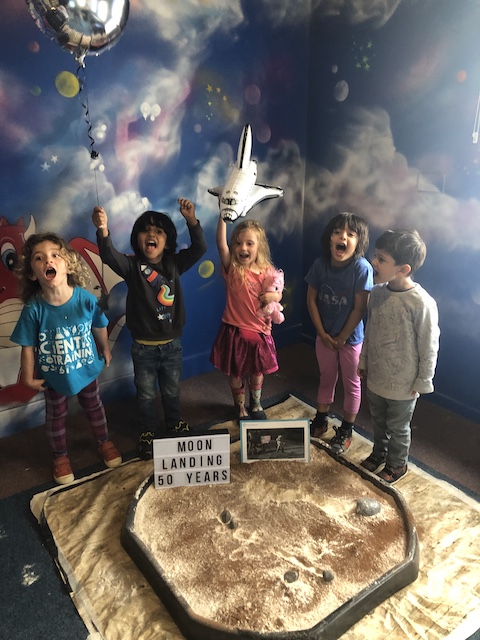 Over the last few weeks, thousands of young children across the country have been learning about the astronomical wonder of the moon as well as what happened on the day that Neil Armstrong first set foot on new ground.  The imaginative workshops involved making phases of the moon with Oreo biscuits and giving children the opportunity to work on their own lunar masterpieces, making craters on their very own moon made of flour, cocoa powder and sprinkles of hundreds and thousands.

Sophie Allnutt, Co-founder of Mini Professors explained: “Working with The UK Space Agency to create these inspiring classes has been amazing. The children have really embraced the sessions over the last month or so and they’ve had so much fun learning new things and creating their own moon.  Science is all around us and we are always reinforcing that message in everything we do, the anniversary of the moon landing was the perfect opportunity to showcase the true wonder of science to young children and to enthuse them on the importance of continued innovation in our world.”

The UK Space Agency has also enjoyed seeing how much the children have learnt during this momentous occasion and hopes it will inspire them to continue a love for science and space in the future. 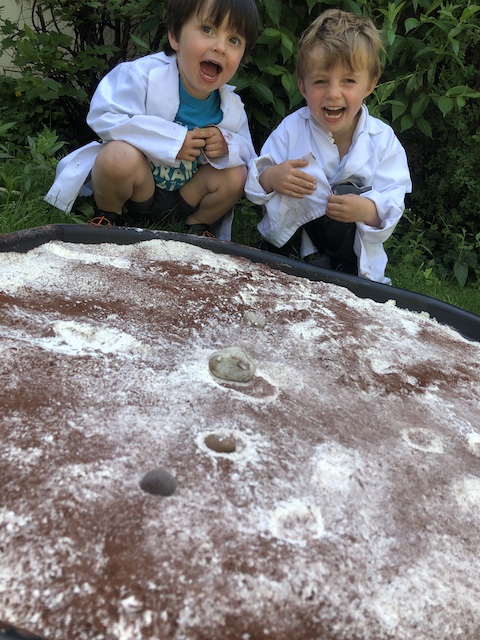 During the Apollo programme of the 1960s and ’70s, NASA sent nine missions to the Moon. Six of them landed astronauts safely on the surface, the only times humans have visited another world.  July 20, 2019 marked the 50th anniversary of the first humans landing on the Moon on July 20, 1969 as part of NASA’s Apollo 11 lunar mission.

Mini Professors is a UK-based early years science programme designed specifically for young children aged from two to seven years. Working in line with the National Curriculum (Early Years Foundation Stage and KS1) sessions are led by highly qualified class leaders who are passionate about making the wonder of science engaging and accessible to all.  Equipped with their own mini lab coats, the warm and welcoming classes allow younger children to explore, experiment and learn basic scientific principles in simple terms and in a hands-on, safe and fun-filled environment covering different topics each week.

Our Bedtime story this week: GOODNIGHT SPACEMAN in collaboration with astronaut Tim Peake

This entry was posted on Friday, September 6th, 2019 at 11:07 am and is filed under Activities. You can follow any responses to this entry through the RSS 2.0 feed. Both comments and pings are currently closed.