Parents will be spending on average £306.22 to entertain their children over the Easter school holidays this year. But shockingly, eight out of ten British children don’t know the true meaning of Easter, in fact a quarter of children think Easter is to celebrate the Easter Bunny’s birthday. 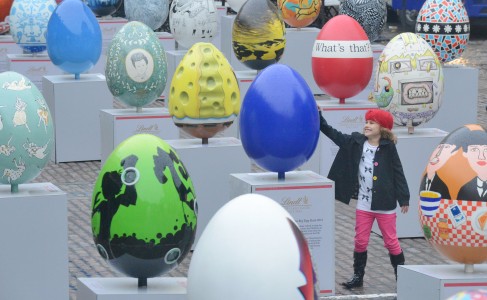 A shocking 79% of British parents have reported that their children are clueless about the true meaning behind the most important festival in the Christian calendar – Easter.
More than a quarter of young Britons believe Easter marks the date chocolate was invented and a quarter believes it is to celebrate the Easter Bunny’s birthday, while six out of ten didn’t know why eggs were a feature of Easter.

This Easter break, the British economy will receive a welcome boost of just over £2 billion pounds as parents across the country dig deep into their pockets to keep their children entertained during the school holidays – according to a new consumer study by Travelodge.

Listed below are the top ten UK cities where families are spending above the national average and will be splashing out the most money to keep their children amused over the Easter holidays:

The research conducted with 2,000 British families also revealed that parents are reliving their childhood holiday memories this Easter and taking their children on inexpensive trips to: the countryside, the seaside, to museums and to visit family, rather than taking a foreign holiday and to avoid their children sat for hours in front of the TV watching DVDs and playing games.

The report revealed that 34 per cent of British families have booked a UK coastal break this Easter with the top destinations being: Blackpool, Brighton, Devon and Cornwall.

Nearly a quarter, (23%) of British households is planning to explore the lush British countryside during the Easter school holidays with the top destinations being: The Lake District, North & South Wales, The Yorkshire Dales and The Peak District.

A fifth of parents reported they are planning to take their children on a UK city tour this Easter, with the UK’s capital cities (London, Edinburgh, Cardiff)
being the most popular destinations, in addition to Bath, Liverpool and Manchester.

Further research findings revealed British parents will treat their children to three
Daycation trips (days out) during the holidays, with each day costing on average £37.50. 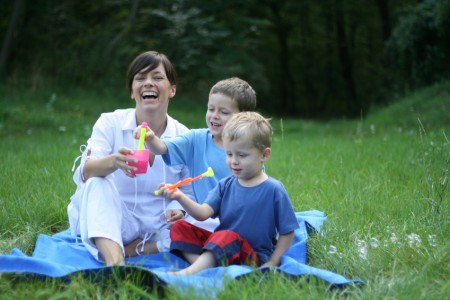 The study also revealed over half of parents are using their working holiday entitlement to take time off work to look after their children rather than forking out on expensive childcare and holiday clubs.

In a bid to save some money over the Easter school holidays a third of parents are planning to replicate popular cooking TV programmes at home, which their children enjoy watching such as: ‘The Great British Bake Off’, ‘MasterChef’, ‘Cupcake Wars’ and ‘Come Dine with Me’.

In addition a quarter of parents will be reliving their memories of watching ‘Blue Peter’ when they were a child and will be making arts and crafts with their children out of household items such as old washing up bottles, kitchen roll and cereal boxes.

Taking a trip to the countryside (27%) 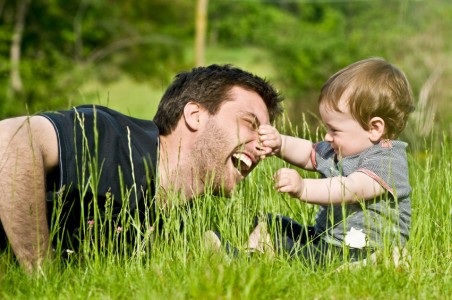 The study also revealed in a bid to add extra value to their household budget four out of ten British families over the last couple of months have been sourcing newspapers and websites for money off coupons to make their pennies go further during the Easter school holidays. 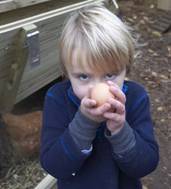 A third of parents surveyed stated they heavily rely on money off vouchers to help manage their finances and will invest around two hours per week in searching for coupons. A fifth of mums stated they regularly swap money off coupons with other mums at the school gates.

Further findings revealed a fifth of parents reported they find it very stressful keeping their children entertained during the Easter holidays and one in ten parents stated they wished school holidays were shorter.

Interestingly when respondents were quizzed on the religious aspect of Easter, 87% of parents reported that they are not going to church over the Easter holidays.

Nearly eight out of ten parents (79%) stated that their children do not know the true meaning of Easter.

A quarter of British children think Easter is to celebrate the Easter Bunny’s birthday and more than a quarter think this is the date chocolate was invented.

One in 20 said it was to mark Jesus’ birthday, while six out of ten didn’t know why eggs were a feature of Easter.

Easter Sunday also marks the end of Lent, yet only one in ten Britons gave something up for lent. Also just one in ten British households will be eating fish on Good Friday.

The one Easter tradition that is growing this year is 68 per cent of Britons will purchase on average six Easter Eggs this year. The average spend on each chocolate egg will be £4.99 – total spending being: £29.94.

The Easter spending consumer study was conducted in March 2013 with a sample group of 2,000 parents across the UK. The survey was conducted by Onepoll.

Tags:  attractions decorate Easter eggs Easter easter egg half term activities indoor playing london attractions
This entry was posted on Wednesday, March 27th, 2013 at 1:15 pm and is filed under Activities. You can follow any responses to this entry through the RSS 2.0 feed. You can leave a response, or trackback from your own site.