I am looking forward to the four-day weekend in celebration of the Queen’s Platinum Jubilee. Following London Mums’ guide to host the perfect Platinum Jubilee Picnic with essentials’ checklist, now I’d love to share here a useful list of the most Instagrammable picnic spots throughout the UK (created by Cazaar.co.uk, which was achieved by extracting a seed list of 21 popular picnic locations and collecting the number of hashtags each had generated. 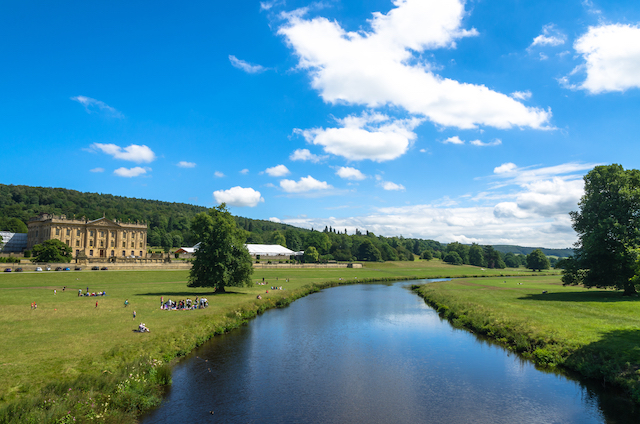 BAKEWELL, DERBYSHIRE, ENGLAND – JULY 16, 2017: Tourists picnic at the magnificent Chatsworth House by River Derwent in the romantic Derbyshire Dales. The house is the seat of the Duke of Devonshire.

The title of the most Insta-worthy picnic spot in the UK goes to the magnificent Chatsworth House with a total of 127,319 hashtags on the social media platform. But that’s not the only media presence of this destination, as it has also been used as a filming location quite a few times. Some of the movies shot there include Pride and Prejudice, The Duchess and the series Peaky Blinders. 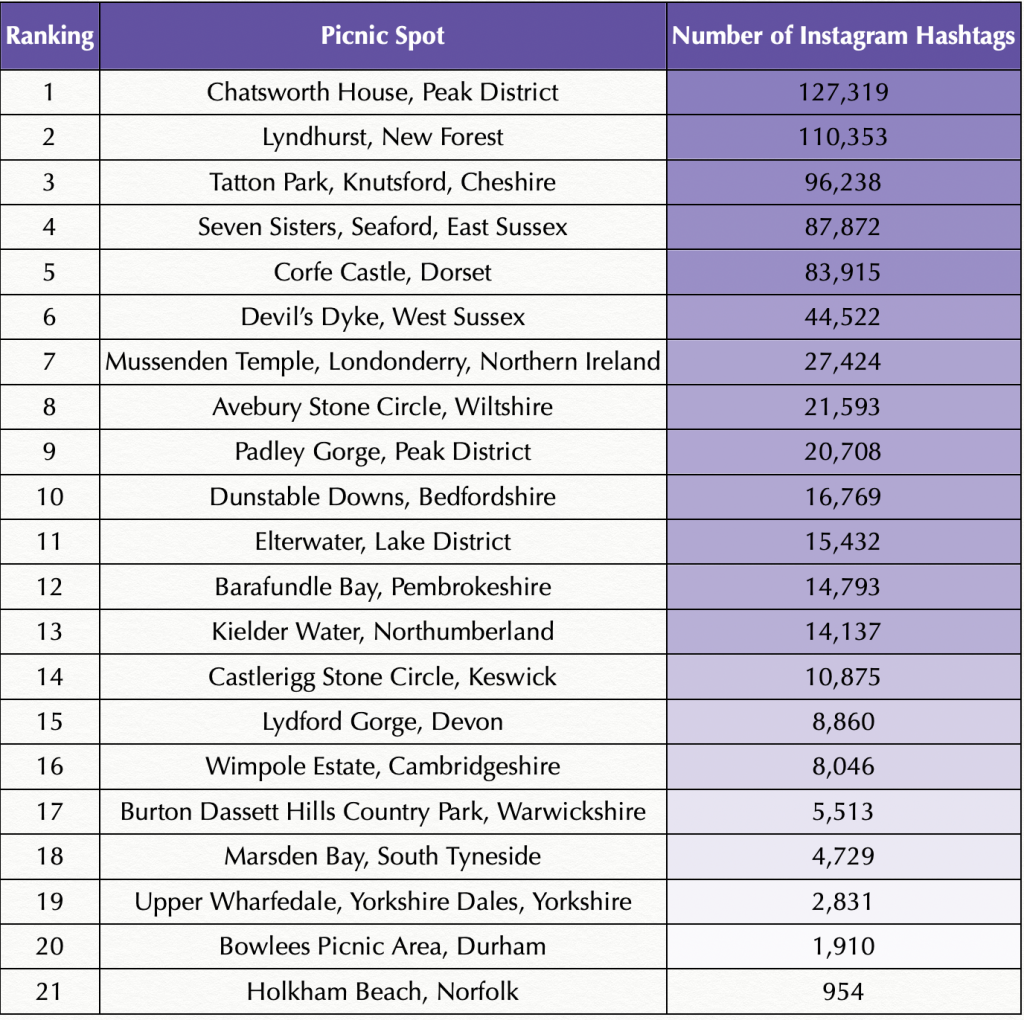 Second place goes to Lyndhurst, which generated 110,353 hashtags on Instagram. The village serves as an unofficial capital of the New Forest and is a popular tourist attraction. An interesting fact about Lyndhurst is that it was established as a royal hunting ground in 1079 by William the Conqueror. 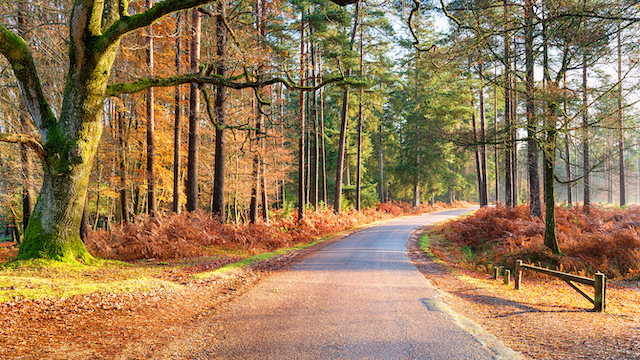 And with 96,238 Instagram hashtags, in third place is Tatton Park. Located in Knutsford, this historic estate has been a part of the National Trust since 1958. The estate comprises a neo-classical mansion, landscaped gardens, a deer park, a rare breed farm and a medieval Old Hall.

And the least Insta-worthy picnic spot is…

Having a total of only 954 hashtags (126,365 less than Chatsworth House in first place), Holkham Beach in Norfolk places last in the study.

This entry was posted on Wednesday, June 1st, 2022 at 7:05 pm and is filed under Great Outdoors. You can follow any responses to this entry through the RSS 2.0 feed. Both comments and pings are currently closed.