Mick Jagger, Keith Richards and Ronnie Wood continued their iconic ‘Sixty’ tour across Europe with their second stop at Hyde Park last night. The Rolling Stones played yet another headline show of spectacular live music at BST Hyde Park with a classic setlist composed of 19 of their biggest tracks. 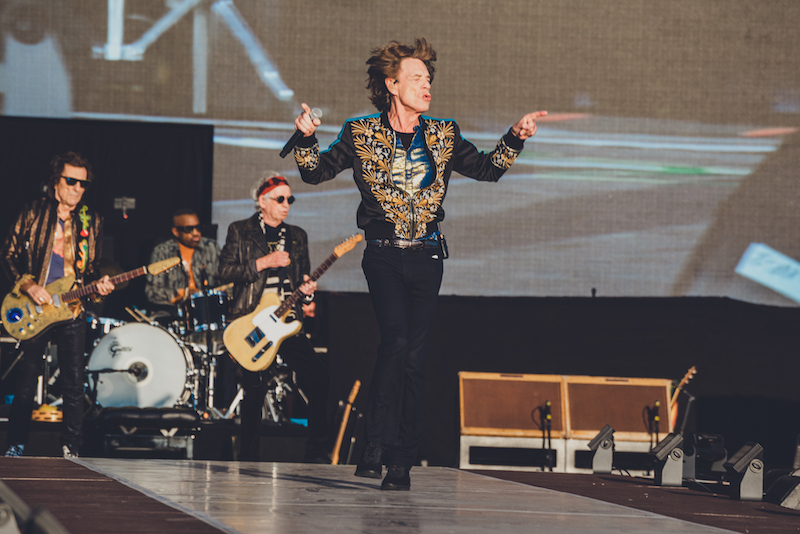 The band’s 60 years of music celebrations continued in London as a part of their ‘Sixty’ tour – their first tour, and second London show, since the passing of renowned drummer Charlie Watts in August 2021. The band performed to a roaring Hyde Park crowd of 65,000 people, once again showcasing a catalogue of tracks such as Tumbling Dice, You Can’t Always Get What You Want, Honky Tonk Woman and Paint It Black.

Mick Jagger made another special dedication to the late Stones drummer, Charlie Watts. The charismatic frontman nodded to the poignant videos screening behind the stage and told the crowd, “Watching those videos of Charlie before we came on… you know we played with him for 60 years… We really really miss him. So we’re dedicating this show to Charlie.”

I loved the fact that the band performed an alternative setlist to their roster from last weekend – showcasing tracks such as Angie, You Got Me Rocking and You Got The Silver, performed by Keith Richards – as well as a very special version of Bob Dylan’s Like A Rolling Stone. Super loyal Stones’ fans like myself attended twice. So it was a double treat to listen to different songs. The Stones are the best band on the planet right now!

The Rolling Stones concluded their set with two iconic tunes. Mick, Keith, Ronnie performed Sympathy For The Devil and (I Can’t Get No) Satisfaction bringing their two hours and 15 minutes show to a fantastic end.

The band are performing several summer dates across Europe, with their two dates at BST Hyde Park representing the London segment of the tour. 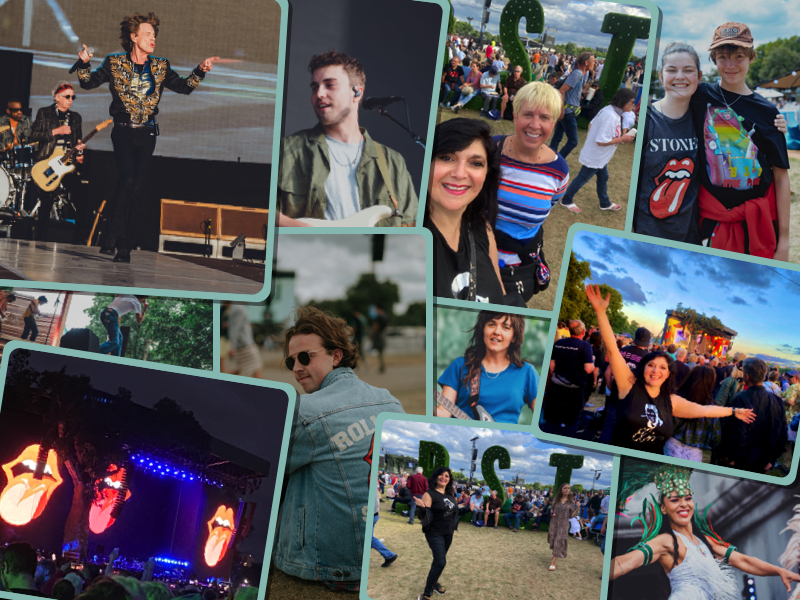 Sam Fender was the second to last act to take to the Great Oak Stage. The North Shields-born singer-songwriter impressed the crowd with a selection of rootsy rock tracks from his albums, Hypersonic Missiles and Seventeen Going Under. His hit song of the same name was a set highlight with its indie-rock influences, with other tracks such as Spit of You and Getting Started warming the audience up well for the upcoming Stones set. 28-year-old Sam joked that this was his second craziest evening performing in Hyde Park, after previously supporting Neil Diamond and Bob Dylan.

Meanwhile, Brixton band The Dinner Party opened the Great Oak Stage for the day, while Australian singer-songwriter Courtney Barnett performed a host of hits from her 2021 album Things Take Time, Take Time and 2018’s Tell Me How You Really Feel. On the subject of supporting the Rolling Stones at BST Hyde Park, Courtney blushed: “It’s such an honour to be here opening for the Rolling Stones – thanks so much for having us.”

The day kicked off on the Hard Rock presents Rainbow Stage with The Flints. Shortly after, American contemporary blues, rock and soul musician Christone Kingfish Ingram took to the stage to showcase tracks from his chart-topping LP, Kingfish, as well his new album 662. Christone calls the latter: “a direct reflection of my growth as a musician, a songwriter, a bandleader, and as a young man.” Earlier in the afternoon, FEET kicked off the music in the relaxed Sunday atmosphere at the Birdstage Stage.

What a mind-blowing end to the second weekend of live rock music at this year’s BST Hyde Park.

This entry was posted on Monday, July 4th, 2022 at 11:53 am and is filed under Great Outdoors. You can follow any responses to this entry through the RSS 2.0 feed. Both comments and pings are currently closed.