Last night Eddie Vedder, Jeff Ament, Stone Gossard, Mike McCready and Matt Cameron concluded their two-night Pearl Jam extravaganza at BST Hyde Park. The mighty Pearl Jam took to the stage in the glorious sunshine at Hyde Park to perform another headline set of their best tracks spanning over three decades. The band, headed by Eddie Vedder, played a 22-strong set to yet another roaring London crowd, promising to sing “all the songs we didn’t play last night”. 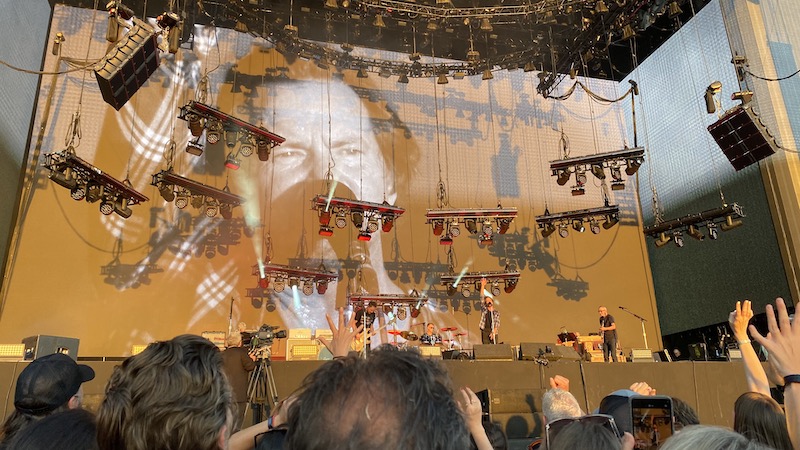 “We are very, very grateful to you – you great bunch of humans. With two years of no shows we’re out of practice, but you’re already better than ever,” he smiled.

The Seattle legends headlined the Great Oak Stage as a part of their 2022 European Tour with Eddie Vedder this time opening the two-hour show with Corduroy.

Almost every song on the setlist was completely different to those that featured on Friday night. Among the tunes were Elderly Woman Behind The Counter In A Small Town, Black and Animal – alongside all-time greats Garden and Alive.

Eddie and the boys were also joined on stage by The Smiths guitarist Johnny Marr, for a rendition of Neil Young’s Throw Your Hatred Down.  Eddie also paid a poignant tribute to Foo Fighters drummer Taylor Hawkins. “There’s another guy who really loved London… we all knew him and loved and respected, and we were enlightened by him. It was one of the brutal losses we’ve had recently. I’m talking about Mr Taylor Hawkins,” he said.

Pearl Jam’s final London show came to a lively close with Leash, Alive and Yellow Ledbetter – followed by a cover of The Who’s Baba O’Riley. As a final word Eddie told the audience, “Thank you for the last two days. Take care of yourselves, take care of our planet. We love you.” 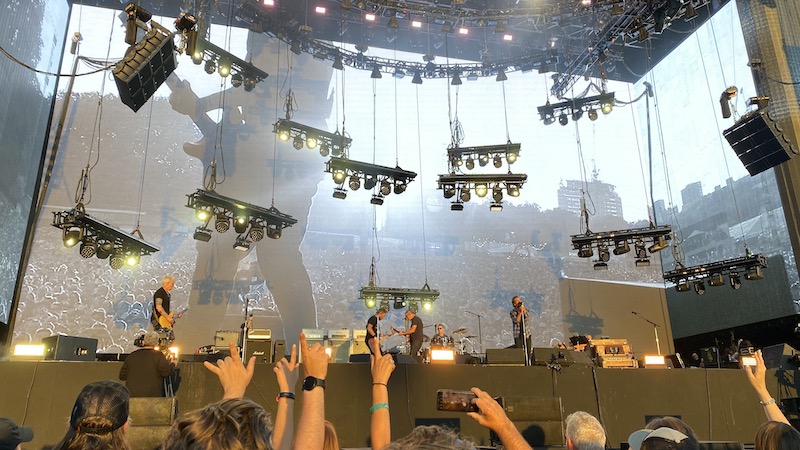 After three weeks on my feet dancing and singing at BST Hyde Park covering the fabulous London based music festival, I am a bit exhausted but happy and the energy from Pearl Jam’s super fans was so intense that gave me an adrenaline boost. The empathy and kindness of the band members was mirrored on the grounds as fans were courteous and lovely, possibly the most passionate crowds I have ever seen at BST Hyde Park.

Stereophonics was the penultimate act to take to the Great Oak Stage, supporting their good friends Pearl Jam. I was very impressed with their performance and enjoyed every song. 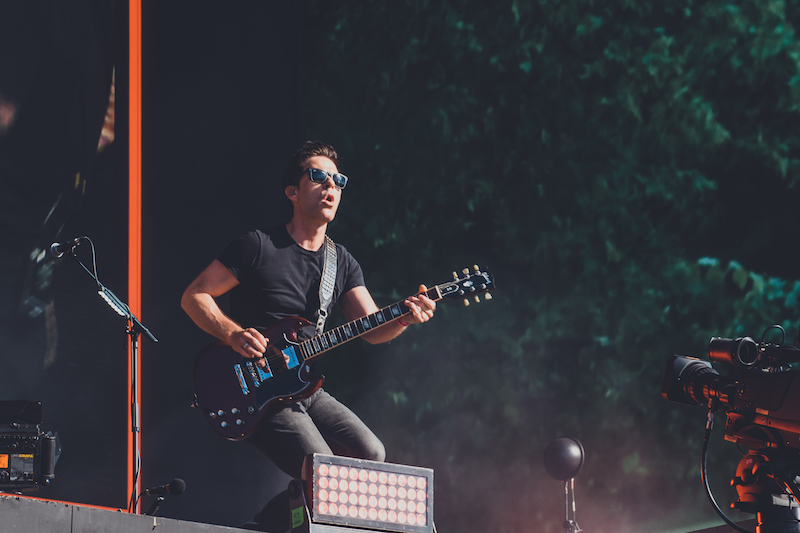 The Welsh four-piece – made up of Kelly Jones, Richard Jones, Adam Zindani and Jamie Morrison – played BST Hyde Park as their only London date on their 2022 tour across Europe. Have A Nice Day, Pick A Part That’s New, Just Looking and Dakota were just a few of the tracks they performed to the vibrant crowd.

Meanwhile, The Last Internationale, opened the Great Oak Stage earlier this afternoon. Delila Paz and Edgey Pires Simon performed tracks from their three albums, We Will Reign, TLI Unplugged and Soul on Fire. The pair were followed by Dublin-based singer-songwriter Imelda May who entertained the audience with her distinctly strong and uplifting vocals. Head here to read my interview with the wonderful and lovely Imelda. 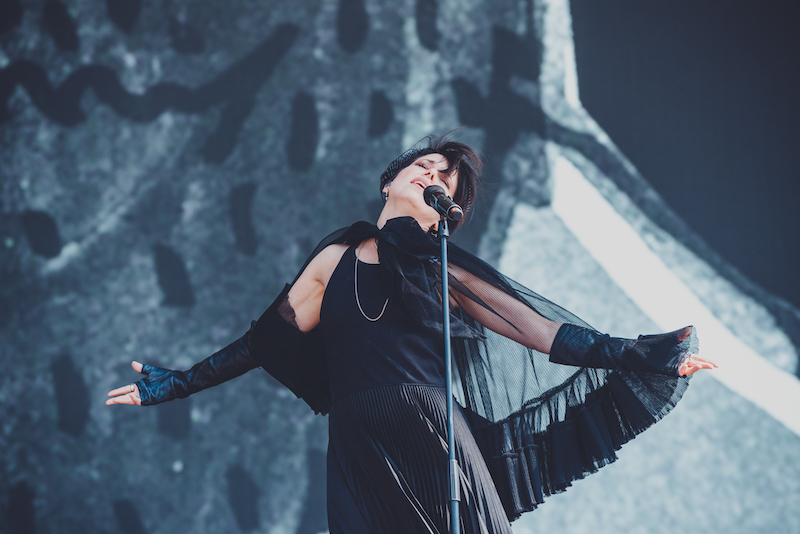 Next to warm up the crowd was the one and only Johnny Marr. The 59-year-old musician, and former Smiths guitarist, played a host of solo tracks including Armatopia, Night and Day, Spirit Power and Soul – before performing a few The Smiths classics too, including This Charming Man, Please, Please, Please Let Me Get What I Want and How Soon Is Now. “It feels good to be doing this again after all this time – and see all your lovely faces,” he told the audience. Johnny closed his set with There Is A Light That Never Goes Out – a dedication to tonight’s headliners: “I’d just like to thank Pearl Jam for inviting us. This is dedicated to Eddie and the boys…”

The day kicked off on the Hard Rock presents Rainbow Stage with Brighton-based grunge band Tigercub. Shortly after, The Wild Things took to the stage – with frontwoman, Sydney Rae White, thrilled to be performing the group’s biggest song to date, Only Attraction, which she revealed had been written by The Who’s Pete Townshend. Later in the afternoon, Ontario-born rocker JJ Wilde and tambourine-playing Temples brought the Hard Rock presents Rainbow Stage to a fantastic finale.

Another epic night of true live music at this year’s BST Hyde Park.

This entry was posted on Sunday, July 10th, 2022 at 8:29 am and is filed under Great Outdoors. You can follow any responses to this entry through the RSS 2.0 feed. Both comments and pings are currently closed.