Over the years London Mums have attended BST Hyde Park events and met rock stars, comedians, listened to the world’s best music in one of the most amazing surroundings. Set in London’s beautiful Royal Park, the event kicked off in 2013 with The Rolling Stones reliving their legendary 1969 gig, plus The Who, Kaiser Chiefs,  Bon Jovi, Lionel Richie, Jennifer Lopez and many more packing out the park for memorable summer nights. We were there reporting at most events. 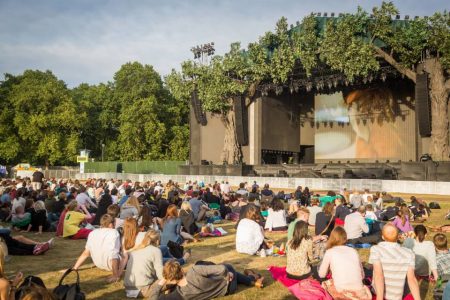 Every year, each headliner is joined by a full supporting line up across 5 stages, from major superstars to handpicked developing acts performing for fans from across the UK and the world

Highlights this year include Steve Wonders, Take That among others plus lots of child friendly activities – most of them FREE. Check out what London Mums will enjoy this Summer 2016 at the most vibrant park in the Capital.

There will be lots of FREE activities for families and FREE access to themed outdoor cinema experiences with Coca-Cola Film Nights 4th, 5th, 6th, 7th July 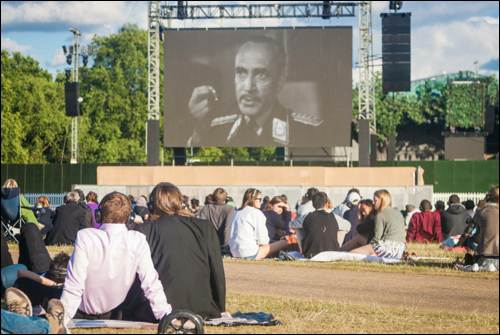 IMPORTANT!! As all film screenings are completely free of charge, access is on a first come, first served basis, so grab a picnic blanket and head down to Hyde Park to secure your spot!

Barclaycard BST Hyde Park has announced Open House – a host of weekday activities in between two weekends of legendary musical line-ups. Make the most of the long days and warm summer evenings across four fun-packed dates in London’s iconic Royal Park.

On offer will be FREE open-air movie nights and Wimbledon screenings, Street Food stalls, daytime DJs, live music and entertainment, free badminton sessions, ping pong and much more. Not to mention the Barclaycard Betterview platform offering amazing views of Hyde Park and London’s skyline from 100ft above the ground – for free!

Following the huge success of last year’s outdoor cinema, Barclaycard presents British Summer Time Hyde Park is hosting four themed evenings across the week brought to you by Coca-Cola. So whether you’re a fan of the eighties, fancy a sing-along on ‘I Love Musicals’ night, crave a classic British film or want to be wowed by an American blockbuster on Independence Day, Coca-Cola Film Nights are for you. Coca-Cola will also be giving you the chance to taste the new and improved Coca-Cola Zero Sugar.

Want to watch the tennis outdoors this summer without tickets to the world’s most famous tennis tournament? Join us for FREE Wimbledon Championship screenings from 12pm onwards during Open House. Come along and show Andy Murray & co some support for an afternoon in Hyde Park.

The music will be kicking off nice and early! From 10am onwards a daytime DJ will be providing the best music for the summer.

On the Barclaycard Stage from 6.30pm onwards, ITV’s Arielle Free will host FREE evening live entertainment at Open House. Kicking off the entertainment on Monday 4th July is an electrifying karaoke session with Rockaoke – a musical experience back by popular demand for a second year at Barclaycard presents BST Hyde Park. Sing your favourite hit with a live band and a gig audience to adore you. 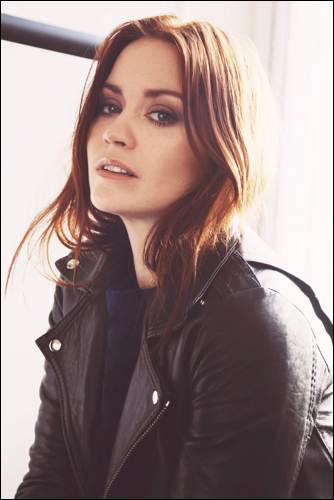 You’ll be spoilt for choice with cuisine at the sensational Street Food Market, running from midday onwards. It’s a chance to traverse the world on a culinary adventure as Sourced Market, pioneers of scrumptious festival fodder, have hand-picked the finest street food traders that London has to offer. Bad Brownie, Tongue ‘n Cheek, Holy Cow, Smokestak and Waffle On are just some of the many stalls that will be dishing up their wares. 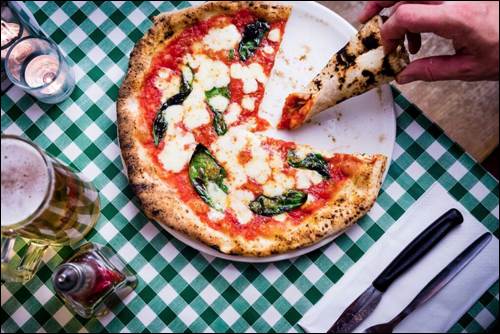 The Street Food Market can offer something for everyone… Over half of the traders will have a vegetarian option and 1 in 5 will have a vegan option. For the carnivores, 20% of traders are exclusively peddling burgers! What’s more, three of the street food stalls on offer during Open House were selected in Time Out’s Top 50 London’s Best Street Food including Spit and Roast, Smokestak and Makatcha.

This year there will be a strong emphasis on local traders. Over half of the traders trade at least once a week within a five-mile radius of Hyde Park, with many of them trading in Westminster. 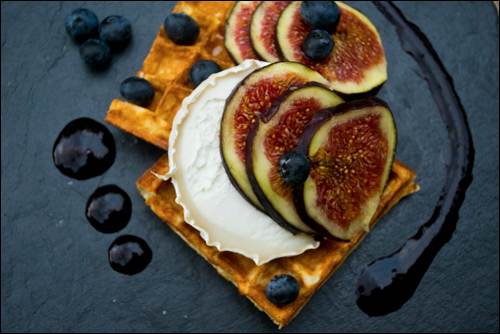 One of the best things about Summer is having a kick about in the park with friends and family. But if you fancy something a bit different,  BST Hyde Park has it covered with Badminton England and PING! London. Free Badminton sessions and access to Ping-Pong tables in the park will be available throughout the week. Plus children can enjoy Fit For Sport from 3.30pm – 6pm daily, offering children free after school sport activities in the park.

From Tuesday, 5th July to Thursday, 7th July, The Royal Parks will be hosting its very first Horticulture Show. Join in a selection of educational talks, horticulture discussions and demonstrations, and meet the park teams and friends who support the parks. Budding horticulturalists, photographers, jam makers and bakers will have their entries judged on Tuesday, 5th July, followed by two days of talks and demonstrations. 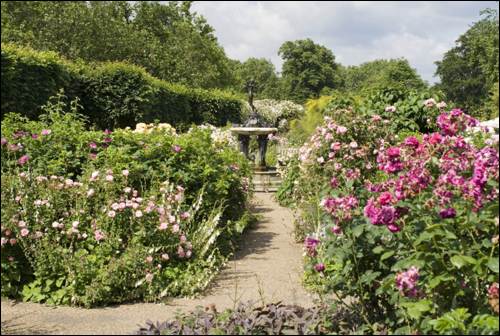 Ever wanted to join the circus? Now you can give it a try and climb a 30 feet ladder for your first flying trapeze lesson with Gorilla Circus Flying Trapeze School. The only outdoor flying trapeze school in the UK is back for a second year at BST Time Hyde Park. 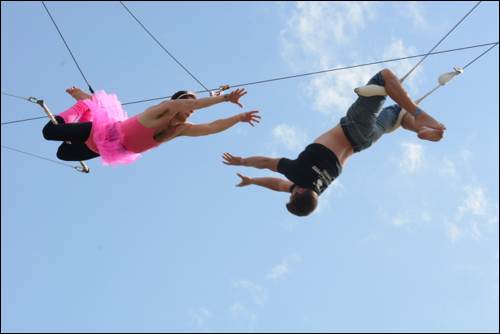 Jump from a 30 feet high platform and perform tricks usually seen in a Big Top circus on a full sized flying trapeze rig. Their instructors are the only actively performing flying trapeze artists in the UK and will soon have you performing imagination defying tricks! 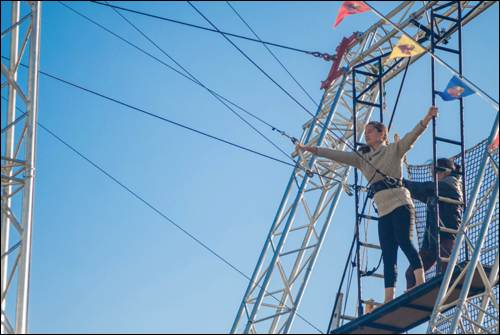 Not only that but the activity is an excellent all round body workout and can increase both mental and physical agility. To book go to http://www.gorillacircus.com/flyingtrapezeschool/bookings

Live the high life and soak up London’s skyline 100ft up in the sky on the Barclaycard Betterview platform. You’ll get a bird’s eye view of Hyde Park and the iconic Great Oak Stage, and it’s free to everyone during the midweek programme from 4 to 7 July. Just turn up and book your flight on Barclaycard Betterview – it’s first come first served so be sure to act quickly to guarantee your spot. Of course we are at the liberty of the Great British weather so flights are dependent on good weather conditions.

Two films will be shown each evening. Start times 6pm and 8.30pm. 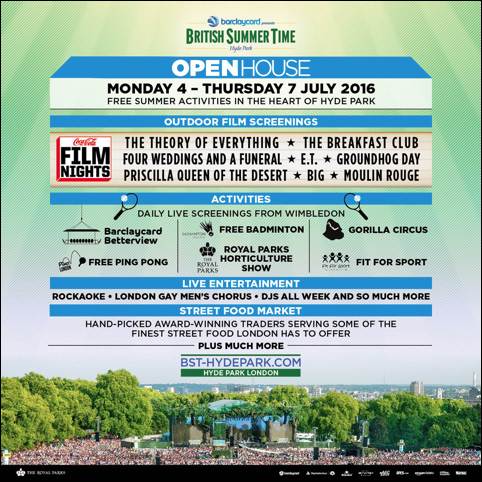 This entry was posted on Wednesday, June 15th, 2016 at 11:48 am and is filed under Great Outdoors. You can follow any responses to this entry through the RSS 2.0 feed. Both comments and pings are currently closed.