I was in the middle of the the cheering Hyde Park crowd witnessing what’s been labelled as the last tour of one of Britain’s greatest artists. 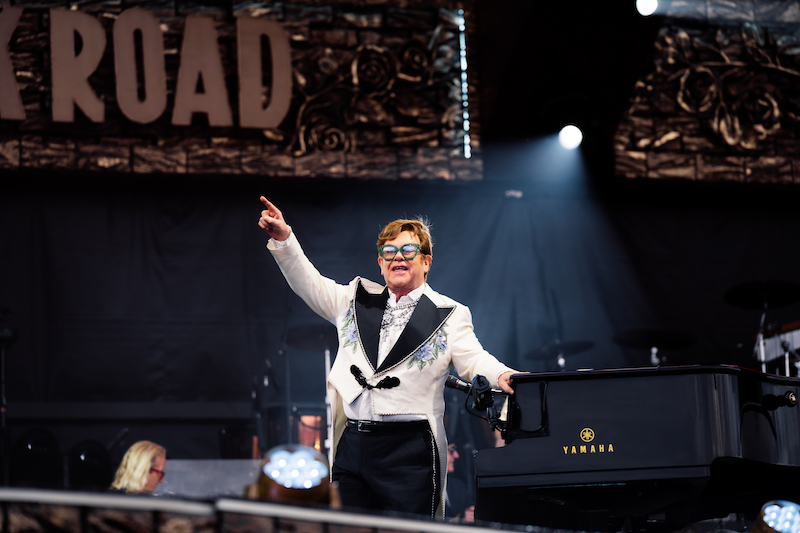 Elton John treated us to an immense catalogue of hits from his 55-year career and a special showcase of his life on stage through videos and special effects. With a set thoughtfully presented in three sections, Elton wowed the audience with hit after hit – from I Guess That’s Why They Call It The Blues to Tiny Dancer, Sorry Seems To Be The Hardest Word to Candle In The Wind, even dedicating Don’t Let The Sun Go Down On Me to his friend, and fellow icon, George Michael. 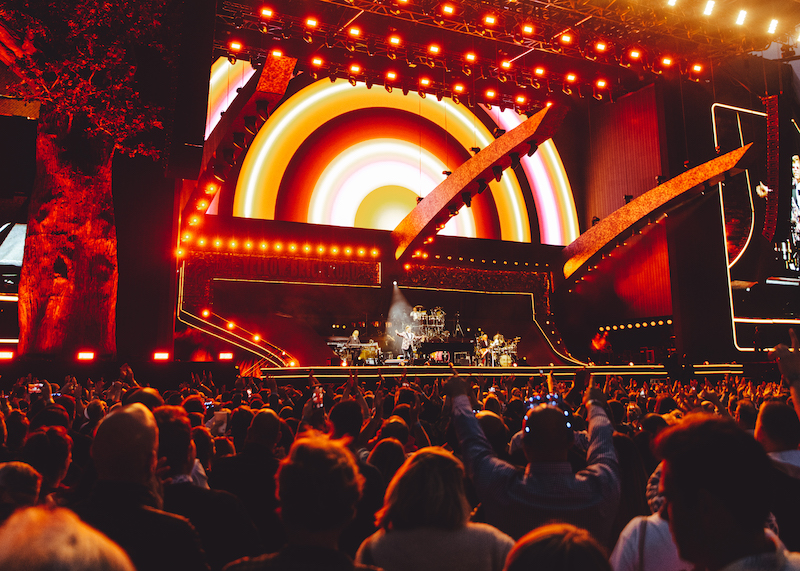 Elton continued the accolades by showing his gratitude to his support line-up. He was quite emotional while he thanked all the people who supported him over his life and career and images of his kids watching the show from the adjacent building. He said: “Thanks to the artists that have supported me. They were all hand-picked by me and I played them on my Apple Radio show. They’re young and they’re brilliant. Thank you for being so kind to them.” 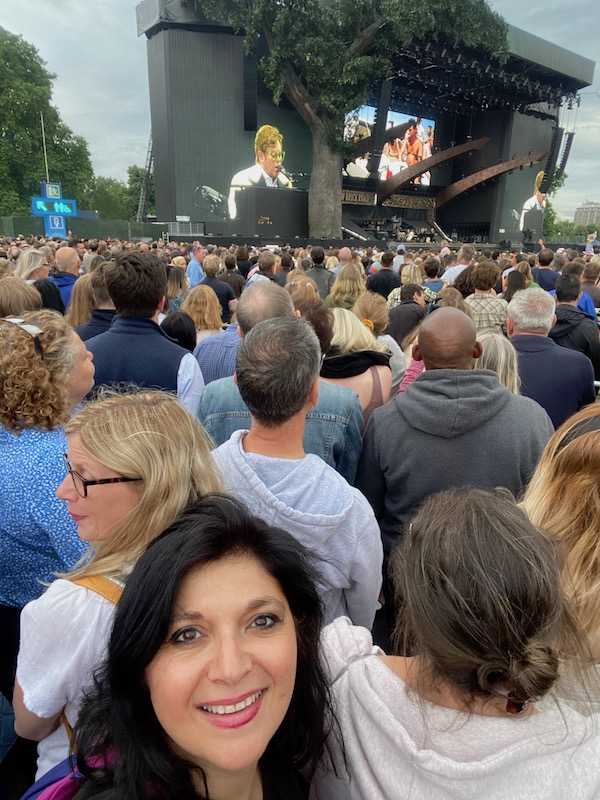 Spotted in the crowd: Monica Costa, Editor of the London Mums magazine, attending the gig

Concluding his set with three legendary tracks, Elton performed Cold Heart which he originally duetted with Dua Lipa for his encore, followed by Your Songand finally, Goodbye Yellow Brick Road.

Rina Sawayama was second on the billing for the Great Oak Stage, wearing a sparkly catsuit as a dedication to the iconic style of Elton John. The 31-year-old sang tracks, including Commes des Garçons, Bad Friend and a special solo rendition of her duet with Elton, Chosen Family. Beaming at being hand-picked to support her idol, Rina told the crowd, “Everyone deserves to be loved for who they are – and if anyone knows about the power of love in music, it’s Elton John. I was so lucky because I was able to record a very special version of this song with Elton John for his amazing lockdown album. I feel so honoured and privileged to be performing it to you.”

Later, Rina celebrated the LGBTQ+ community, saying: “I don’t know if you know, but I’m out and proud – [I’m] pansexual, and so this [Pride] month is very important to me. And I just want to make sure before we go that we are having a little party, a little dance.”

BRIT Award nominee Rina Sawayama rose to fame following the release of her critically acclaimed debut album SAWAYAMA in 2020. She’s since collaborated with Charli XCX on her hit single Beg For You, and will release her eagerly anticipated second album Hold The Girl in September.

The day kicked off on theHard Rock presents Rainbow Stage with Mercury Prize nominated Trinidad-born, London-based rapper producer and songwriter Berwyn. Raising the energy of the crowd as the perfect warm up for a day, legendary talent Berwyn entertained the audience early on. Meanwhile, LA trio Gabriels opened as the first act on the Great Oak Stage for the day. The gospel-soul trio, established as ‘2022’s word-of-mouth hit’ warmed up the buzzing Hyde Park audience with much-loved songs including Love and Hate in a Different Time.

A sensational first day of music at this year’s BST Hyde Park and the perfect farewell for one of UK’s greatest musical legends.

This entry was posted on Saturday, June 25th, 2022 at 2:20 pm and is filed under Great Outdoors. You can follow any responses to this entry through the RSS 2.0 feed. Both comments and pings are currently closed.