Last night, Duran Duran became the final act to headline the string of summer live music dates at this year’s BST Hyde Park. The beloved Brit legends took to the Great Oak Stage to perform a dazzling set, opening with ‘80s super hit The Wild Boys. They joyful sounds of The Reflex, Notorius, A view to a kill, Ordinary World, Planet Earth, Hungry Like The Wolf, Electric Barbarella and Girls on Film.

This concert was so emotional for me. Not only because it was the final day of a fantastic festival but also because Duran Duran was the very first band I idolised as a teenager in the ‘80s before becoming a hard core Rock chick! 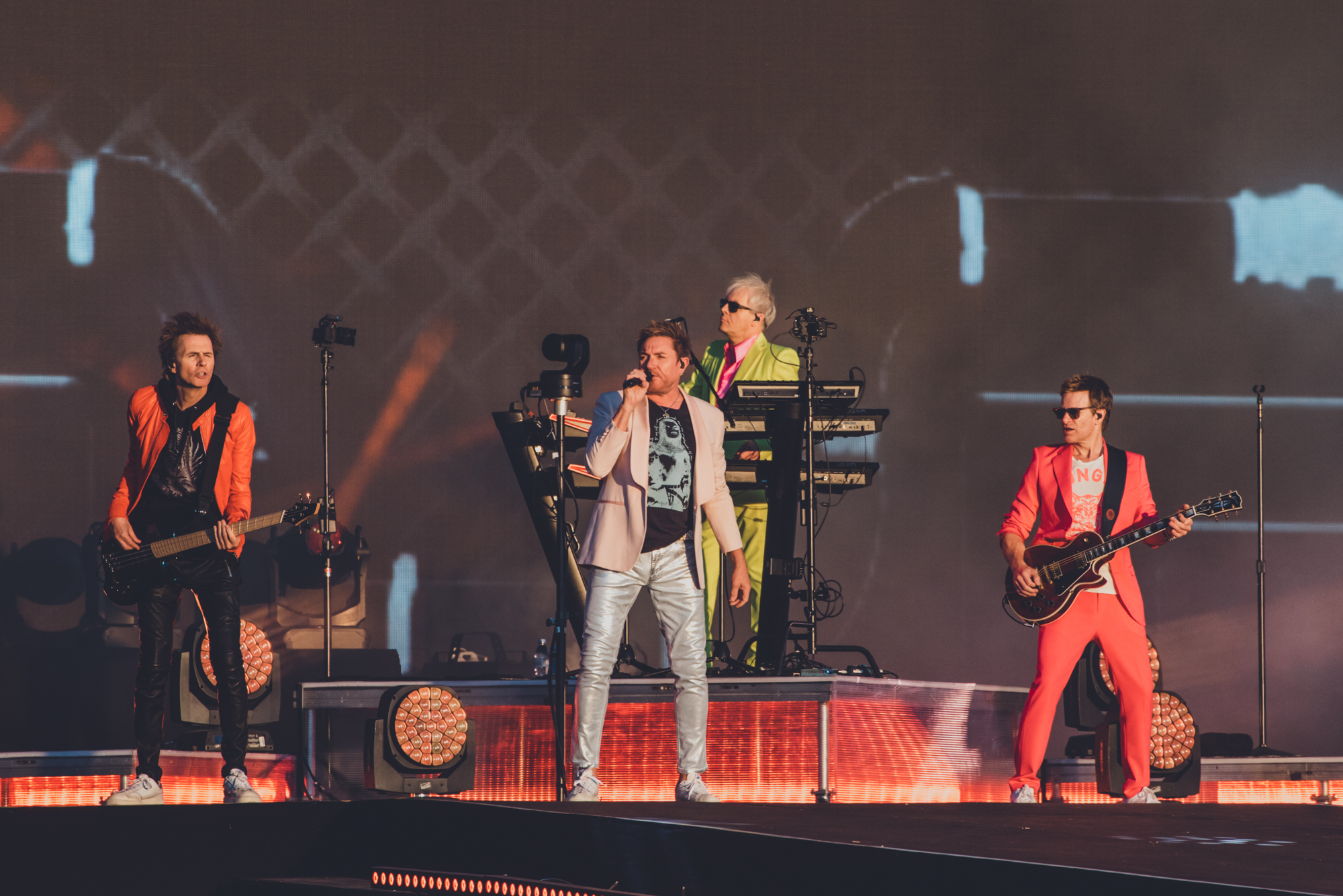 Simon Le Bon, Nick Rhodes, John Taylor and Roger Taylor are joined on stage by Nile Rodgers for the phenomenal conclusion to this year’s music festival. Image by Louise Morris.

So many memories are linked to the song Save a Prayer. I cannot stop crying every time I hear it. It was the very first song I learnt how to play with my guitar, the first cassette (tape) my parents bought me for my 15th birthday, the first tune I played around a summer camp fire with one of my early love crushes. I could continue to list all the great memories that this song brings back like a time machine. Save a Prayer means a lot to me, more than any other songs. After the gig, I looked around me and I saw all the fans in tears. It was such a beautiful sight. People felt so touched by this concert. I never experienced anything like this. 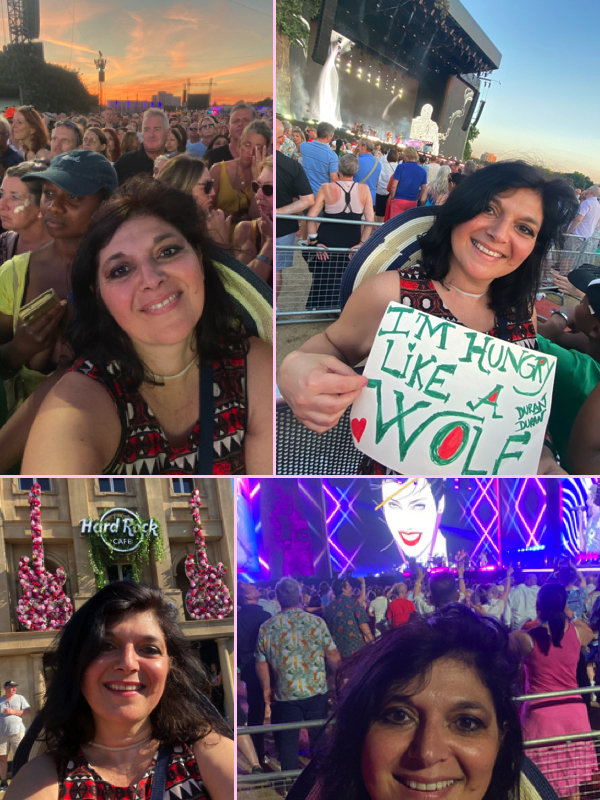 Simon Le Bon introduced the “amazing Nile Rodgers” to the stage for a very special performance of Notorious, which was just one of the tracks Nile originally produced with the band, alongside Pressure Off.

“We are going to dedicate the next song to these people. We wish them peace in their own country and happy lives. This song is about not giving up hope, about when things are really hard, still holding on to your faith in the world and in humanity… this is Ordinary World.”

The set concluded to a roaring ovation with Save A Prayer and Rio playing Simon and the boys out.

The Birmingham boys have been touring through Europe in the run-up to their BST Hyde Park performance, and will be heading to America in August to continue with their US dates.

Nile Rodgers & CHIC were the penultimate act to take to the Great Oak Stage. “My name is Nile Rodgers and here’s something you may already understand… I write and produce all the songs for this band,” he said as he introduced himself to the crowd. “But what you may not know is that I write and produce a lot of songs for a lot of other artists. Artists like Sister Sledge, Diana Ross, Daft Punk, David Bowie, Lady Gaga, B52s and so many others.”

An hour and 10 minutes of massive hits followed, including I’m Coming Out (Diana Ross), Like A Virgin and Material Girl (Madonna), Lost In Music (Sister Sledge) and Good Times (Chic).

Nile Rodgers created CHIC with American musician, Bernard Edwards, in 1972. Since then, he has notched up over 500 million album sales and 75 million singles sales with the band and as a solo artist.

Before Chic, Norwegian electro-pop singer-songwriter AURORA of Decca Records took to the stage. Her new single The Devil Is Human and Running with the Wolves featured on her powerful setlist.

With that, BST Hyde Park 2022 draws to a close with one of the world’s musical greats, Duran Duran. What a finale! I’ll never forget the  Summer of 2022 in the years to come.

This entry was posted on Monday, July 11th, 2022 at 8:47 am and is filed under Great Outdoors. You can follow any responses to this entry through the RSS 2.0 feed. Both comments and pings are currently closed.